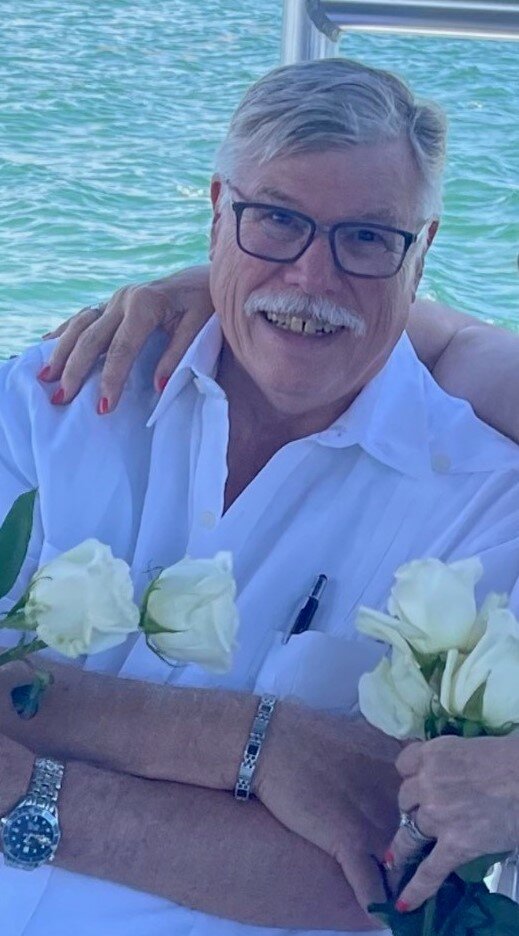 John Andrew Wagner left us to go home to his heavenly father on October 16, 2022 at the young age of 76.  His passing was sudden and unexpected, but we are heartened that it was a peaceful transition for the man known to many as “Papa.”

John was proud to hail from the tiny border town of Mercedes, Texas.  He was the son of the Reverend Roger and Mrs. Doris Wagner and spent most of his childhood in central Pennsylvania.  It was those years in the Allegheny mountains that instilled a lifelong love of the outdoors and hunting in him.  He could frequently be found in the company of Edgar Mann, and the two would forge a lifelong friendship.  It was a passion that he shared with his sons, his grandchildren, his nephews, and many whom he took under his wing as part of his extended family.  As those that hunted with him can attest, his knowledge of the outdoors and hunting were impressive, and he was never happier than when he was teaching a young hunter about the ethical pursuit of game.

Upon graduating high school in Bellefonte Pennsylvania, he attended Toccoa Falls Bible College to pursue a Divinity Degree.  This decision would change the course of his life.  The Pennsylvania woodsman fell for a Cuban beauty and followed her to Puerto Rico where they were married.  Of course, we all know her as Mayra, or Abuela, and for 58 years they were side by side.  They were blessed with 2 sons, 5 grandchildren, and one great granddaughter.

John is survived by a large and extended family. He is survived by Mayra, his wife of 56 years; his sons, John Andrew, and James Luis; his grandchildren, Holt Andrew, Katherine Elizabeth Walsh, Matthew Luis, Tadhg Alejandro, and Keely Ann. He was also blessed recently with his first great-grandchild, Eleanor Elizabeth Walsh. Of special note is the relationship that he had with his daughters-in-law.  Not being blessed with daughters of his own, he was thrilled to have them join his family and he very much loved Christine and Elizabeth. He was loved by both.

Also surviving him are his sister, Rebecca Sommerfeld, and her children, Scott and Andrew; his brother James David Wagner and his children, Nathan and Bethany; his sisters-in-law, Tilky Morales and husband Efrain (ChiChi), and Aida Cires and husband Miguel.  He was a beloved uncle to his nieces and nephews.

All of Papa’s “grands” shared his love of the outdoors and hunting. His grandson Tadhg was frequently by his side as they shared their passions of not only hunting in all forms, with a bow and arrow as well as rifles, but also trucks, trains, Boy Scouts, and brunch at The Park. Tadhg was also a blessing to Papa and Abuela in helping them around the house and yard, and helped Papa set up their stands for the season just the day before he passed. Aida’s boys, Giancarlo, Alex and Gabriel still talk about the Christmas in Maggie Valley with Uncle John.  There was waist-deep snow, a Charlie Brown Christmas tree, and memories that still bring a smile to all our faces as we recall the love and memories made with just a fireplace for heat and no electronics! He had a special relationship with his niece Tilky Casillas (Juanchi) whom he would talk with frequently, imparting much love and support, also to her boys Alejandro and Danny. Her brother Efrain and his wife Helen recently moved close to them in North Carolina and developed a special closeness with Papa, which extended to their children, Efrain, Gustavo and Christian.  Papa doted on the boys and they loved him deeply as well.

John had many friendships over the years and was blessed to have family not related to him by blood or law. Through his open and generous spirit, he welcomed into his life and home his brothers and sisters in Christ, especially the Renegar, Crites, Moorefield and Peretti families.  Their children, especially Eddie, Rick, Corinne, and Danny, all had a close relationship with Papa, and he loved each and every one of them as his own.

As you can tell, John was a family man through and through.  He had a deep and abiding faith and passed on not only his love of the outdoors but also his love of the Lord to his family, friends, and everyone that knew him. He will be missed by all. In his memory, we hope to honor him and carry on that caring and generous spirit, until we meet again.

Memorial Contributions can be made to Durham rescue mission and

A Celebration of Life will be held on Saturday, October 22 in Walker’s Funeral Home Chapel, Hillsborough at 11:00 a.m.