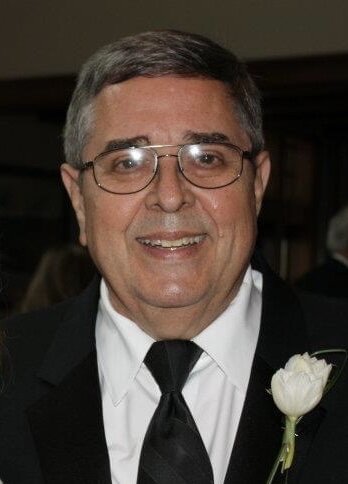 Please share a memory of Kearney to include in a keepsake book for family and friends.
View Tribute Book

Andrews was married for 31 years to the former Rosalyn Ruth “Lynn” Isaacs, M.D., who passed away October 15, 2006. Their daughter, Clara Andrews Perry, and her husband, David, live in Durham and are the parents of a daughter, Emma Rose Perry.

He is also survived by daughter Laura Andrews Stowe of Bangor, Maine. Laura and her husband, Daniel Scott Stowe, are the parents of Spencer Alexei Stowe and Olivia Katherine Stowe.

Kearney was a 1960 graduate of Chapel Hill High School. He earned a Bachelor of Arts in Radio, Television and Motion Pictures, and in Political Science from the University of North Carolina at Chapel Hill in 1964. His work in broadcasting began during high school at WCHL-1360 and continued at WUNC-TV in Chapel Hill while he was a student. He left WCHL as a staff announcer in 1965 to start a 41-year banking career, joining Central Carolina Bank in Durham before moving to the Clemmons office in 1974.

With a concentration in bank advertising, marketing and collections, he was also in management with United Citizens Bank/Citizens National Bank in Winston-Salem. He finally retired from Lexington State Bank at the end of 2007.

Andrews’ avocation was sports announcing. He began as public address announcer for UNC basketball when Dean E. Smith was named head coach in 1960, retiring after 50 years in that post. He was also the announcer for UNC football at Kenan Stadium for many years, while announcing UNC Greensboro basketball, NCHSAA basketball and football, and Lexington High School football.

He was also active in civic affairs, having once been Member and Public Relations Director of the Greater Durham Chamber of Commerce. He was elected to every office and was Past President of Durham’s Kiwanis Club of Tobaccoland when he moved to Winston-Salem in 1975. He continued Kiwanis membership in 1984 in Lexington, NC, and was elected a Director, Vice President and President of the Club.

While in Lexington, he was appointed to the city’s Board of Education from 1992-1996, serving as Vice Chairman of the Board and Chairman of the Personnel and Policy committees. He was Treasurer of the Davidson County Chapter of the UNC Educational Foundation (Rams Club) and served as Director and past officer of the Lexington Educational Athletic Foundation.

Upon retirement, Kearney purchased his parents’ home in Frosty (Northeast Chatham County) on Jones Ferry Road. He was active as a member and Treasurer of the Cedar Grove United Methodist Church and is a member and former Director of the Snipes Family of America.

The family is being assisted by Walker’s Funeral Home of Chapel Hill, NC.

Share Your Memory of
Kearney
Upload Your Memory View All Memories
Be the first to upload a memory!
Share A Memory