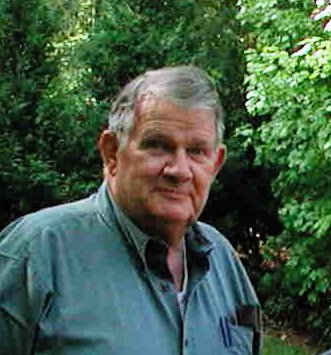 Steve was born on September 18, 1926, in Point Pleasant, WV, to Jasper and Ruth Davis. He grew up in Western North Carolina, where his father was a civil engineer on the construction of the Blue Ridge Parkway. He was class president at Appalachian High School (’43) and entered Chapel Hill’s Navy Pre-Flight program during World War II. Then he paved his way through school with the G.I. Bill and his entrepreneurial panache, selling sandwiches and nylon stockings door-to-door, and received his Bachelor of Science in Commerce at UNC in 1949. At UNC, Steve also met his future wife, Lucy.

Steve remained a loyal, lifetime supporter of his alma mater. After a period working as a salesman for Dillard Paper Co., he started his own business, Carolina Paper Co., in the 1960s.  As an entrepreneur and product inventor, he also created several other businesses, including Parker Davis Co., where he invented the ubiquitous StepStake sign-holder and remained chairman until his death. He is a past president of both the Southeastern Paper Trade Association and the Professional Construction Estimators Association of America.

Steve was a remarkable, honorable man with great integrity and loyalty to his family, friends, and business associates. He was an Eagle Scout, recipient of the Silver Beaver award, and a lifelong Scouter. His Scouting principles and Christian faith fundamentally shaped the way he lived his life, including in his charitable acts. (He was a Carolina baseball scholarship sponsor, and sponsored and wrote letters to children around the world.)

During his leisure time, Steve was a world-traveler, avid Tar Heel, and lover of animals, including his childhood pet pig and cats and dogs throughout the years.

He was well-respected by those who were blessed to know him.

In lieu of flowers, the family requests that any donations be made to ChildFund International, 2821 Emerywood Parkway, Richmond, VA, 23294.  www.childfund.org/Ways-To-Donate/, or to the charity of your choice.

Walker's Funeral Home of Chapel Hill has been entrusted to care for the Davis family.

Share Your Memory of
R.P.
Upload Your Memory View All Memories
Be the first to upload a memory!
Share A Memory
Plant a Tree