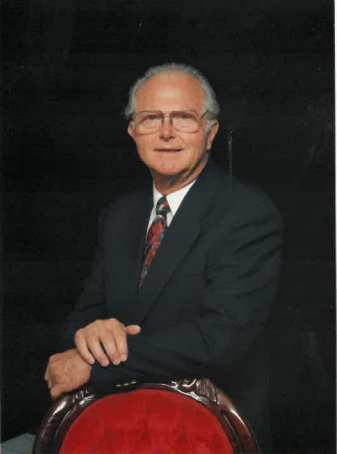 Please share a memory of Homer to include in a keepsake book for family and friends.
View Tribute Book

Mr. Homer Richard “Dick” Hill, of Mebane, passed away on Friday, July 8, 2022, surrounded by his family after 1 year of declining health. He was born on March 11, 1931 in Alamance County to Clyde and Margaret Teague Hill, both deceased. He was the husband of the late Peggy Shanklin Hill who passed away on June 26, 2019.

Mr. Hill began his military service in the US Air Force and was a Korean War veteran.  He retired from the Army Reserve as a Command Sergeant Major, with 21 years of service.  Mr. Hill also worked at Western Electric and retired from AT&T. He was a member of Mebane United Methodist Church and the Methodist Men. Mr. Hill was also a member of the American Legion, the VFW Post 1920, where he was a past Commander, and a 32 Degree Mason.

He was survived by his daughter and son-in-law, Lynne and Larry Dalton of the home, and granddaughter, Heather Willis and husband, Eric of Stoneville, NC.

He was preceded in death by his wife of 65 years, Peggy, his parents, and a sister, Margaret Hill Tickle.

A Memorial Service will be held on Monday, July 11, 2022 at 2:00 pm at Walker’s Funeral Home in Mebane with the Rev. Jeff Nash officiating. The family will receive friends prior to the service from 1:00 pm – 2:00 pm at the funeral home.

Walker’s Funeral Home in Mebane is serving the Hill Family.

Share Your Memory of
Homer
Upload Your Memory View All Memories
Be the first to upload a memory!
Share A Memory