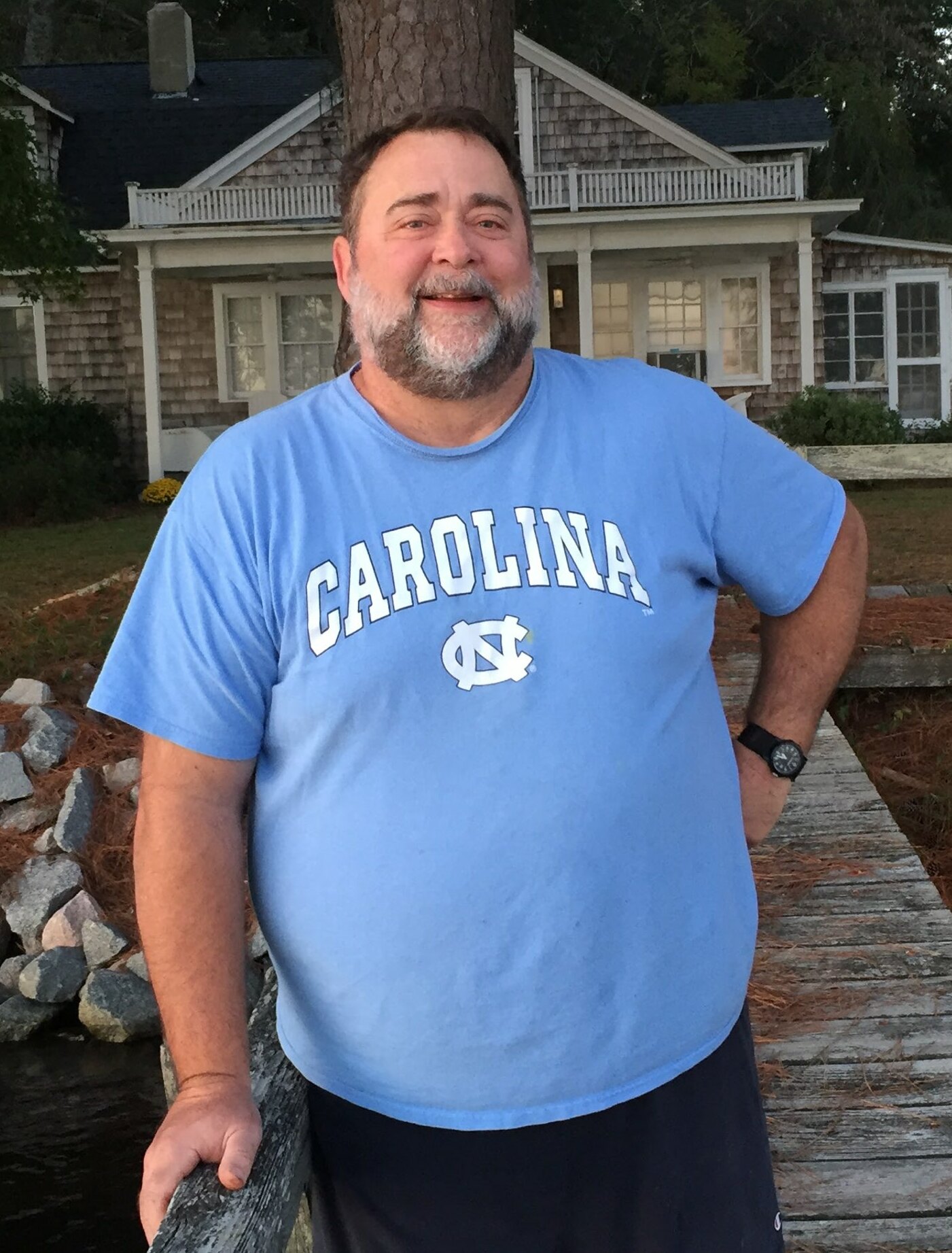 Samuel Bradford “Brad” McKnight, 63, died peacefully at home on March 4, 2022 after a long battle with cancer. He was born on October 29, 1958 in Chapel Hill, NC to Anzenette Andrews and the late Preston Lloyd McKnight..

Brad attended Parkwood Elementary School, Lowes Grove Junior High School, Jordan High School (all in Durham, NC), Randolph-Macon Academy (Front Royal, VA) before receiving his GED from Kings College in MD. Brad joined the Army in 1979 and was stationed at Fort Bliss, TX where he met and married his first wife prior to being sent to Germany and then back to the US. Upon discharge in 1984, he returned to Durham with his family and began working at Northern Telecom, followed by Air Products and Chemicals. In 1993 he remarried and opened his own business (McKnights Pressure Washing) which he followed with a variety of service related jobs before his final job as a courier for Advance Auto in Chapel Hill.

Brad was a people person and an AVID TARHEEL! He loved sports and in his later years enjoyed playing golf. He fondly recalled his high school days of football, basketball, wrestling, and baseball (men’s softball too!) There was nothing he enjoyed more than watching a Carolina game with family and friends.

Visitation will be at Walker Funeral Home on Friday, March 11, 2022 from 5:00 PM to 7:00 PM.
Service will be at Cedar Grove United Methodist Church on Saturday, March 12, 2022 at 1:00 PM followed by internment in the church cemetary.  Click here to send a condolence to the family of Samuel McKnight, or share a memory.

The McKnight family is under the care of Walker’s Funeral Home of Chapel Hill.

Share Your Memory of
Samuel
Upload Your Memory View All Memories
Be the first to upload a memory!
Share A Memory