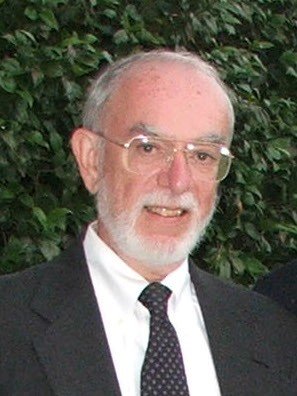 “Jim” – to all who knew him – was born on November 30, 1941 in Glen Ellyn, Illinois.  He was the eldest child of Ralph and June Howard.  The Howard family later moved to Chapel Hill where Jim graduated from Chapel Hill High School and went on to earn his Bachelor of Science from UNC - Chapel Hill in 1963.  Jim and his wife Judith Bennett (married August 25, 1963) moved to New Orleans, Louisiana, where Jim earned his PhD from Tulane University in 1968.

Moving home to North Carolina upon completion of his degree, Jim and Judith bought a piece of forested land in southwestern Orange County and built a house they named “Tallanwood.”  Here they raised their two children, David Lawrence Howard and Erin Howard Haygood.

Jim is survived by Judith, his wife of 56 years; his children David and Erin; his daughter-in-law Anna Tyler Howard; his four grandsons, Christian Howard, Jonathan Howard, Brendan Haygood, and Connor Haygood; his two younger sisters Susan Ensign and Marjie Vanderburg and his brother-in-law Michael Vanderburg.  Also surviving and mourning his loss are many dear and close relatives and friends.

In his profession, Jim was a behavioral pharmacologist and toxicologist. He served on the faculty in the Department of Psychiatry at UNC Chapel Hill from 1968 to 1974. He then went to work for Burroughs Wellcome in Research Triangle Park, where he remained until the company closed its American branch in 1995.  At the end of his tenure at Burroughs Wellcome Jim served as Director of the Behavioral Pharmacology Laboratory.  Jim subsequently founded an independent research lab, Howard Associates, LLC in Research Triangle Park where he worked with his longtime colleague Dr. Gerald Pollard for another fifteen years until his retirement. Jim’s research specialty was in central nervous system drug discovery and neuropsychiatric disease.

An avid sailor, Jim began racing catamarans in the 1980’s, and over the years placed and won numerous sailing regattas including the Isotope Nationals and the North Carolina Governor's Cup. He was an active member of the Carolina Sailing Club where he served in many leadership roles including Commodore, three terms as Governor's Cup Chair, and more than thirteen years as Secretary-Treasurer.

If Jim wasn’t sailing of a weekend, he was working in his shop or on the land around Tallanwood.  Special occasions found him at his pig cooker, barbequing for friends and neighbors.  Jim loved poetry, classical music and opera.  On quieter days and evenings, Jim enjoyed a hand of Bridge, a good UNC basketball game, or a science fiction novel. Jim’s joy was his wife and family who hold him in their hearts.

No public services will be held due to the novel coronavirus pandemic in 2020. In lieu of flowers, memorials may be made in his honor to the Carolina Sailing Foundation, a non-profit organization that promotes the sport of sailing. [c/o David Burchfiel, Treasurer/ 6004 Bunchberry Ct./ Raleigh, NC 27616] The family will hold a small private gathering in July, and friends are asked to send pictures and memories to ehaygood@gmail.com to be shared during that time.