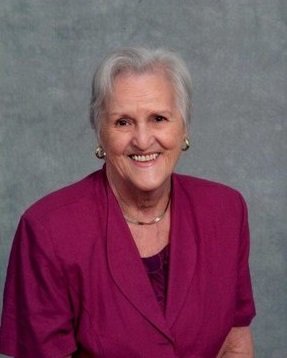 Ree Hayes was born on September 8, 1929 to Charlie Trimm and Esther Berry Trimm of Efland, North Carolina. She graduated from Hillsborough High School. She was employed at AT&T for many years and retired from their Quality Control Department. She married William E. Hayes on December 9, 1948. Together they raised three sons in Hillsborough, NC. She enjoyed spending time with her family, teaching her Sunday School class at Fairview Baptist Church, quilting and traveling. She also loved spending time at her beach house with her grandchildren during the summer. The beautiful flowers and garden around her house were evidence of her green thumb and love for gardening. The delicious fragrance coming from her kitchen was proof of her skill and love for cooking and baking. Ree is joyfully remembered by her friends, church family and especially by her loving family.

The family would like to extend their love and gratitude to the caregivers of Mebane Ridge Assisted Living Memory Care Unit and Community Home Care and Hospice.

The Hayes family is under the care of Walker's Funeral Home of Hillsborough,

Share Your Memory of
Aurelia
Upload Your Memory View All Memories
Be the first to upload a memory!