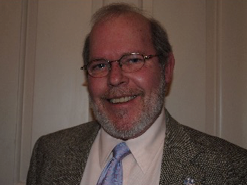 Ty Westray died peacefully at the VA Medical Center Hospice Unit on November 22, 2017 due to inoperable cholangiocarcinoma.  He was 68 years of age.

Ty was born to Hugh and Margery Westray on September 5, 1949 in Goldsboro, NC.  The family moved to Chapel Hill in 1960, where Ty attended Phillips Junior High and Chapel Hill High School, graduating with the Class of 1967.  Following graduation, Ty attended Louisburg Junior College, playing on the tennis team, and East Carolina University, where he graduated in 1971 with a Bachelor’s Degree in Business Administration.   In 1972, Ty enlisted in the United States Air Force and served as an Air Operations Specialist at Eglin Air Force Base in Florida, attaining the rank of Staff Sargent.  After his honorable discharge from the Air Force in 1976, Ty returned to Chapel Hill to assist his dad in the operation of Hugh’s Food and Party Store on East Franklin Street.  But fishing, sailing, and his many friends drew him back to the gulf coast of Florida’s panhandle, where his daughter Emily was born in 1990.

Emily was truly the light of Ty’s life, and he took great pride in her development as captain of her high school tennis team, and her graduation from Samford University.  He enjoyed doing father-daughter things with Emily such as playing tennis, fishing for pompano on Pensacola Beach, and going to church at Gadsden Street United Methodist Church. He was very active within the church, and was a leader looked up to and appreciated by many.  Following Hugh’s death in 2008, Ty returned to Chapel Hill to help care for Margery, and enjoy UNC sports.  He was a frequent volunteer at the Inter-Faith Council food pantry in Carrboro and at the University United Methodist Church in Chapel Hill.

A memorial service will be held on Saturday, December 16, 2017 at Walker’s Funeral Home (120 West Franklin St. Chapel Hill, NC 27516) at 1 PM.  In lieu of flowers, the family requests that memorials may be made to Doctors Without Borders (http://www.doctorswithoutborders.org), University United Methodist Church, or charity of your choice.

Share Your Memory of
Hugh
Upload Your Memory View All Memories
Be the first to upload a memory!
Share A Memory
Plant a Tree