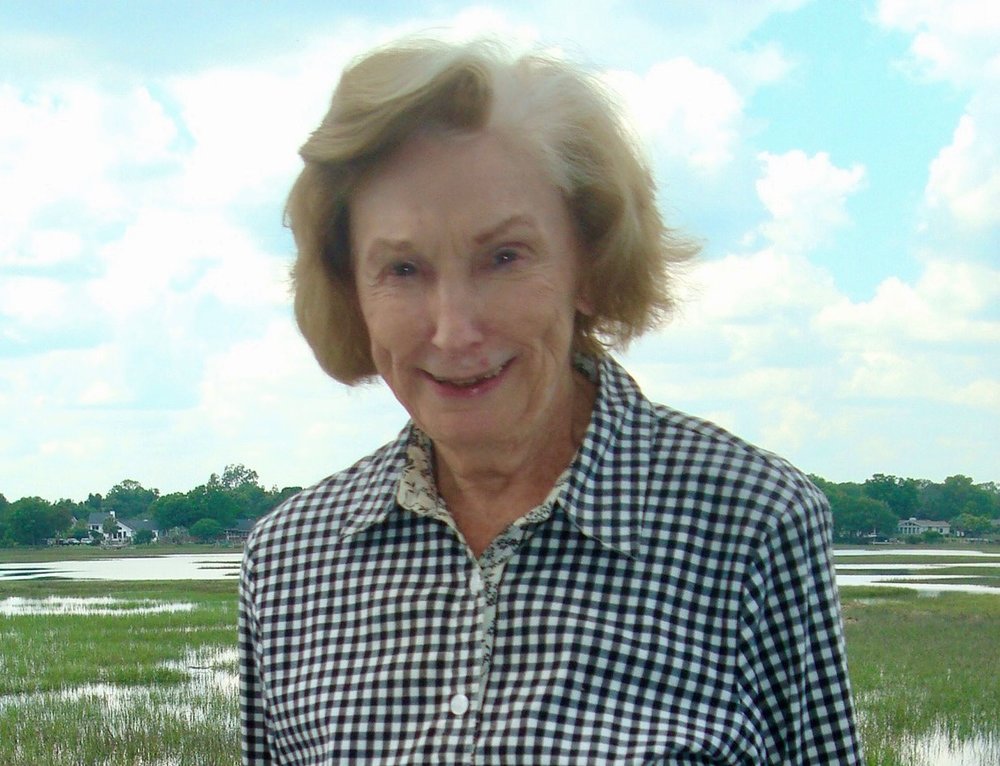 Elizabeth Spencer, often referred to as a “national literary treasure”, died at her home in Chapel Hill, NC at the age of ninety eight.

Author of nine novels, seven story collections, a memoir and a play, Spencer was born in Carrollton, Mississippi on July 19, 1921. Her parents were James Luther Spencer and Mary James McCain Spencer. Her mother was Senator John McCain’s great aunt. Spencer’s first book appeared in 1948, her most recent in 2014. Eudora Welty praised “the accuracy of her eye and ear, (her) talent, and a certain prankish gaiety of spirit.”

Born to the waning plantation culture of the Deep South, Spencer’s childhood was lived amid the uneasy residue of slavery. Her work sometimes featured young heirs of a traditional society battling the old order’s ethical shortcuts. Even her earliest tales confront the complexities of racial subjugation. Alice Munro wrote, “What Spencer’s stories do wonderfully, for me, is explore the ties that bind---in families, friendships, communities, marriages---how mysterious, twisted, chafing, inescapable, and life-supporting such ties are.”

Her 1956 novel “The Voice at the Back Door” offered a prophetic overview of the Civil Rights Era. The work chronicles the toxic politics surrounding a small town’s execution of black citizens. The New York Times pronounced it “practically perfect.” Spencer’s native state rebuked her as a traitor. The book was unanimously chosen by the Pulitzer jurors, but the governing committee chose to give no prize in 1957. Spencer’s candor about virulent segregationist racism is sometimes cited as the reason her award was withheld. Four years later “To Kill a Mockingbird”, based on a similar racial crime and clearly influenced by Spencer’s book, told its story from a child’s perspective and won the 1961 Pulitzer.

Spencer received a Master’s in literature from Vanderbilt and worked as a teacher and a news reporter. Her first stories won the attention of writers like Robert Penn Warren and Eudora Welty. A 1953 Guggenheim Fellowship let her leave Mississippi for Italy. Her southern subject matter was enriched by Italian culture and the misadventures of Americans expatriates. In Rome, she met and married John Rusher of Cornwall, England. They moved to Montreal in 1956 and then to Chapel Hill in 1986 where Spencer served as the University’s writer-in-residence.

One of her stories set abroad, “The Light in the Piazza”, became a 1962 film starring Olivia de Havilland. In 2005, composer Adam Guettel and playwright Craig Lucas transformed the same story into a musical. It won six Tony awards and has become a staple of world theatre.

With Walker Percy, Shelby Foote and others, Spencer helped found the Fellowship of Southern Writers. She was a revered member of the American Academy of Arts and Letters. Her friends have rejoiced in her longevity, her dry wit, her profound loyalty and Democratic politics, her love of cats, and her epic interest in the world.

She was pre-deceased by her husband, John Arthur Rusher, her brother, James Luther Spencer, Jr., and her nephew, William League Spencer, of Raleigh, NC, and is survived by her nephew James Luther Spencer III (Kim), of Brevard, NC, and her niece, Ellen Spencer Johnson, of Easley, SC., as well as by her husband's sister, Jennifer Rusher, of Chichester, England, and his nephews, John Mark Rusher (Julie), of Malta,  James Edward Rusher, of Solilhull Near Birmingham, England, and David Templeman (Jenny), of Hinton Ampner, England.

The family is grateful for the caring services of her aides from Nurse Care of North Carolina. She was loved and admired by three generations of her family and a wide circle of friends.

Next year the non-profit Library of America, responsible for preserving essential national texts by the likes of Mark Twain, Emily Dickinson, Walt Whitman, will add Elizabeth Spencer to its pantheon.

Walker's Funeral Home of Chapel Hill is honored to care for the Spencer family.

Share Your Memory of
Elizabeth
Upload Your Memory View All Memories
Be the first to upload a memory!
Share A Memory