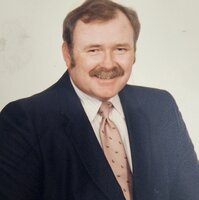 Dana Reynolds Leasure, 74, of Graham, passed peacefully surrounded by his family on Monday, October 17, 2022 at Carolina Pines in Greensboro.

A native of Pennsylvania, son of the late Charles E. Leasure and Harriet Reynolds Leasure.  Dana worked as a truck driver for many years at both Burlington Industries in Burlington, NC and Billings Freight in Lexington, NC.  Finally, retiring from Billings Freight.

A memorial service is scheduled to be at a later date.

In lieu of flowers, please make donations to either the American Stoke Association or American Diabetes Association.

Walker's Funeral Home of Mebane is assisting the Leasure family.