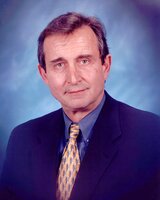 Dr. John Richard Leonard III passed away peacefully at home with family on Wednesday, September 28, 2022. He was born October 24, 1943 in Lexington, NC, the son of John Richard Leonard II and Hazel Everhart Leonard. He graduated as class president and valedictorian from Lexington Senior High School in 1962. He was a proud Tar Heel and Morehead Scholar who graduated from UNC-Chapel Hill in 1966 and UNC Medical School in 1970. He completed his residency at Duke University where he served as Chief Neurosurgical Resident. He spent most of his adult life in Greenville, NC in practice as a highly admired and respected neurosurgeon as one of the founding partners of Eastern Carolina Neurosurgical Associates. As a practicing physician, Dr. Leonard received many accolades and provided life saving care, treatment, and surgery to thousands of patients from the state of North Carolina and beyond. After retiring from practice, he spent several years teaching as a professor at ECU Brody School of Medicine where he was honored by students and faculty with multiple awards for excellence in teaching.  He was a lifelong enthusiast and supporter of UNC Athletics, auto racing, music, film and literature. A devoted father, brother, and friend, he leaves behind a legacy of incredible compassion, intelligence, and generosity. He is predeceased by his son, Scotty; his daughter, Julie; and his sister, Diane. He is survived by his sons, Christopher and Joshua; his sister, Mary; his brother, Michael; his sister in law Teresa; his nieces, Jenna and Maryn; his brother in law, John Snyder; his nephews, Matt and Joe Snyder; his daughter in law, Sara; his grandchildren, Andrew and Avery; and the mothers of his children, Jackie and Dianne. A private gathering among close friends and family will be held at a later date. In lieu of a funeral, all who wish to do so are encouraged to make a donation in memory of Dr. Leonard to the ECU Medical Health and Sciences Foundation, located at 2200 S. Charles Boulevard, Suite 1500, Mail Stop 659, Greenville, NC 27858. Donations may be made in person, via mail, or online at https://tinyurl.com/JRLtribute in honor of his life's work.