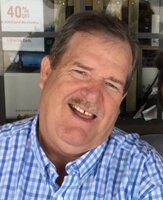 Kenneth Richard Daniels, also known as “Slick”, “Poppie”, or the “Strawberry Man”, 67, of Efland, passed away August 24, 2021. He was son to the late Wayne and Frances Daniels. He retired from the Orange County Schools Maintenance Dept in 2003, where he worked for many years. He later went to work during strawberry season at the McAdams Farm in Efland. He never met a stranger and treated everyone like family. He meant so much to so many people. He was whatever you needed him to be, a brother when you needed a brother, a father when you needed a father, and a son when you needed a son. His personality was larger than life. He was well known for putting a smile on your face or making you laugh. He had tons of stories to tell, even if he told the same one more than once. He loved his family dearly and adored his grandchildren. He will be missed dearly by all who were blessed enough to have known him.

Visitation with the family will be held on Friday, August 27th from 6-8pm at Walker’s Funeral Home of Hillsborough. There will be a graveside service held Saturday, August 28th at Lebanon United Methodist Church of Mebane at 10am.