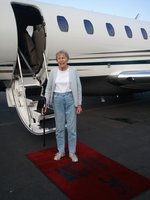 Virginia Mellor Teague (née Stoddart) passed away peacefully at her residence in Chapel Hill, North Carolina on June 8, 2021, at the age of 100.  Virginia was born in David City, Nebraska on December 13, 1920.  She grew up in Hiawatha, Kansas and attended the University of Nebraska, where she received a BA in Business Administration.  Virginia then worked for General Electric in Schenectady, NY, where she met her husband Thomas Teague. She retired from General Electric to raise her three daughters but always remained active in community activities wherever the family moved.  In particular, she was a volunteer for the Junior Auxiliary in Picayune, Mississippi, where the family resided during the 1960’s.  When the family relocated to Mexico City in 1969, Virginia became fluent in Spanish and volunteered at a local health clinic.

Virginia and Thomas returned to Picayune in 1976 following Thomas’s retirement, where Virginia worked as an administrator at the local HUD office for many years.  After Thomas passed away in 2003, Virginia remained in Picayune and bravely weathered Hurricane Katrina on her own with her dog Winnifred.  In 2006 she moved to California to live with her daughter Alison and son-in-law Sanford.

Virginia was an avid golfer, achieving the woman’s club championship at the Millbrook Country Club in Picayune for many years.  She also played in numerous tournaments with the women’s group at Club de Golf la Hacienda in Mexico City.  At the age of 84, Virginia reached the pinnacle of golfing, playing the Old Course of St. Andrews in Scotland with her sons-in-law Sanford and William and William’s brother Mike.

Virginia was a life-long supporter of animal welfare and was especially fond of dogs.  Her beloved canines were Peety Poo, Hansel, Jeb Stuart, Grover, and Winnifred.  When she moved from California to North Carolina in 2012, Virginia chartered a jet (pictured) to transport her elderly dog Winnifred.

Virginia had some unique adventures throughout her life, including a blind date with Jimmy Stewart; famously dancing on a table in Acapulco; and joining the family to sail a catamaran around the British Virgin Islands.  She amazingly used Turbo Tax to do her own taxes, which were quite complicated, until the age of 97.

Virginia was a devoted reader and champion of fact-based information, serving as a role model of independent thinking for her daughters.  She will be remembered by her family and friends for her humor, warmth, and razor-sharp intellect.

Virginia was preceded in death by her husband Thomas; brother John Stoddart (Beck); and son-in-law Irving Sigal.  She is survived by her three daughters Alison Wolfe (Sanford); Patricia Edkins; and Catherine Sigal (William Morton); and by her grandsons Todd Wolfe (Laura) and Thomas Wolfe; and numerous nieces and nephews.

Walker’s Funeral home in Chapel Hill is assisting the family.