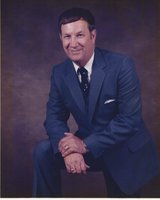 Claudie Bunn Williams was called home Thursday June 9th at the age of 86. Born a post Great Depression baby he understood both hard times and Good. A true native of Carrboro, he left only to serve his country in Korea for two years in the US Army. He returned to his beloved Carrboro to serve his follow citizens as a police officer and later as a letter carrier retiring from the USPS.

Service will be held June 13,  3:00 PM at Antioch Baptist Church, White Cross Rd.  with interment to immediately follow at the church cemetery .