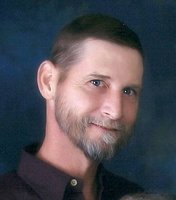 Mr. Jeffrey Keith Sheppard, 52, died Wednesday, May 22, 2019.  He was a graduate of Orange High School  He followed his father in electrical work with Pike Electric.  He also helped his mother with her flowers.  He was an avid hunter and fisherman.  He was a member of the Caldwell Hunting Club.

Surviving are his mother, Linda Sumner Sheppard, four aunts, and two uncles.  He was predeceased by his father, John Billy Sheppard and his brother, Mark Sheppard.

The funeral will be held 11 AM Saturday in Walnut Grove United Methodist Church, Hurdle Mills, NC, by the Rev. Hunter Preston.  Burial will be in the church cemetery.  The family will receive family and friends in the fellowship hall following the service.