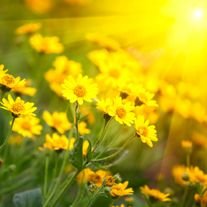 Please share a memory of Jeanne to include in a keepsake book for family and friends.
View Tribute Book
LANUM HILLSBOROUGH - Mrs. Jeanne Bacon Lanum, 61, died Wednesday, November 30, 2011, in Duke Medical Center. She was the daughter of the late Mary Lena and Wallace Bacon. She grew up on the family farm on St. Mary's Rd. where she worked with her father raising chickens and selling eggs. She attended the Orange County Schools and graduated from Orange High School. She graduated from East Carolina University where she majored in English. She taught school and worked in the county offices. She also worked in day care centers in the county and was day care director at the First Baptist Church of Hillsborough. She was the widow of Donald Neal Johnson who died in 2007 and was always dedicated to her family. In November 2010, Jeanne and Chris Lanum were joined in marriage. They were best friends and loved one another very much. Surviving are her husband, Christopher Clark Lanum; her daughter, Laura Johnson, Cozumel, Mexico; her son, Ben Johnson, Durham; and two sisters: Mary Ellen Bacon Radziemski, Moscow, Idaho, and Ann Bacon Hollowell, Hillsborough. Funeral services will be held 2 PM Saturday in New Sharon United Methodist Church. Burial will be in the church cemetery. Visitation will be 6:30-8:30 PM Friday in Walker's Funeral Home. www.walkersfuneralservice.com.

Share Your Memory of
Jeanne
Upload Your Memory View All Memories
Be the first to upload a memory!
Share A Memory