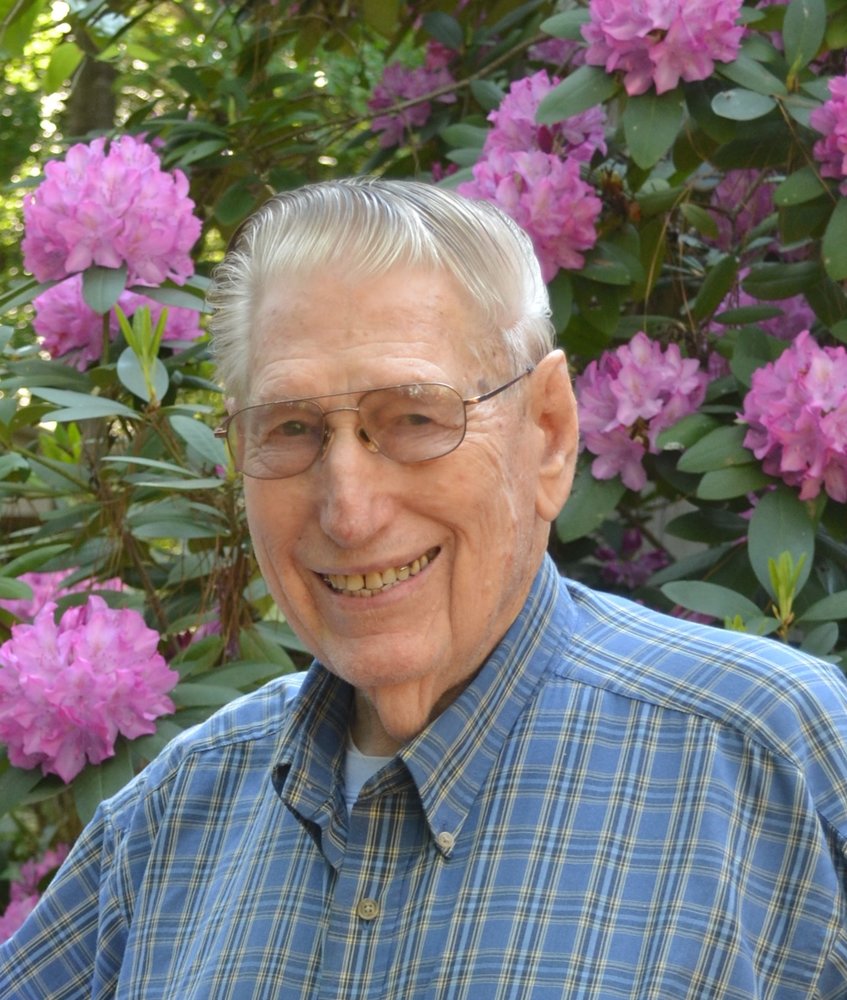 Chapel Hill - Mr. Milton Evander Blackwood passed away on November 20, 2017 at his home. Milton was the son of the late William and Elizabeth Blackwood. He was born on a family farm in Chapel Hill on September 14, 1926.

He entered the US Navy in 1944, and served in the Pacific during World War II. He later served in the US Naval Reserve and the North Carolina National Guard. After returning from World War II, he began a 37 year career with the US Postal Service, and retired as Carrboro Postmaster in 1986. After retiring, he began a second career with the UNC Public Safety Department.  Milton was a dedicated public servant. He was a Carrboro volunteer fireman, and an active lifelong member of the Carrboro Lions Club and the American Legion. He married Jean Wilson in 1958. They made their home and raised their family in Chapel Hill.

He is survived by three daughters, Vanessa Blackwood-Spinks and husband, Rick Spinks, of Hillsborough, Glenda Blackwood of Chapel Hill, and Rhonda Dear, and husband Guy Dear, of Durham; one son, Van Blackwood and wife, Rachel Blackwood, of Derwood, Maryland; grandchildren Elizabeth Spinks, Allison Dear, and Caroline Dear. He is also survived by many nieces, nephews, and cousins.

His faith, family and friends were the most important things in his life. As a lifelong resident, he loved Chapel Hill and UNC athletics.

The family would like to thank his many friends and family for their loving support.

A funeral service will be held on Saturday, November 25, 2017 at 11:00 am at Bethel Baptist Church, 9326 Bethel HIckory Grove Road, Chapel Hill, 27516.  The family will receive visitors Friday evening starting at 6pm at the church.

Memorial Contributions may be made to Bethel Baptist Church, or to the Lions Club International Foundation, Department 4547, Carol Stream, Illinois, 60122-4547.