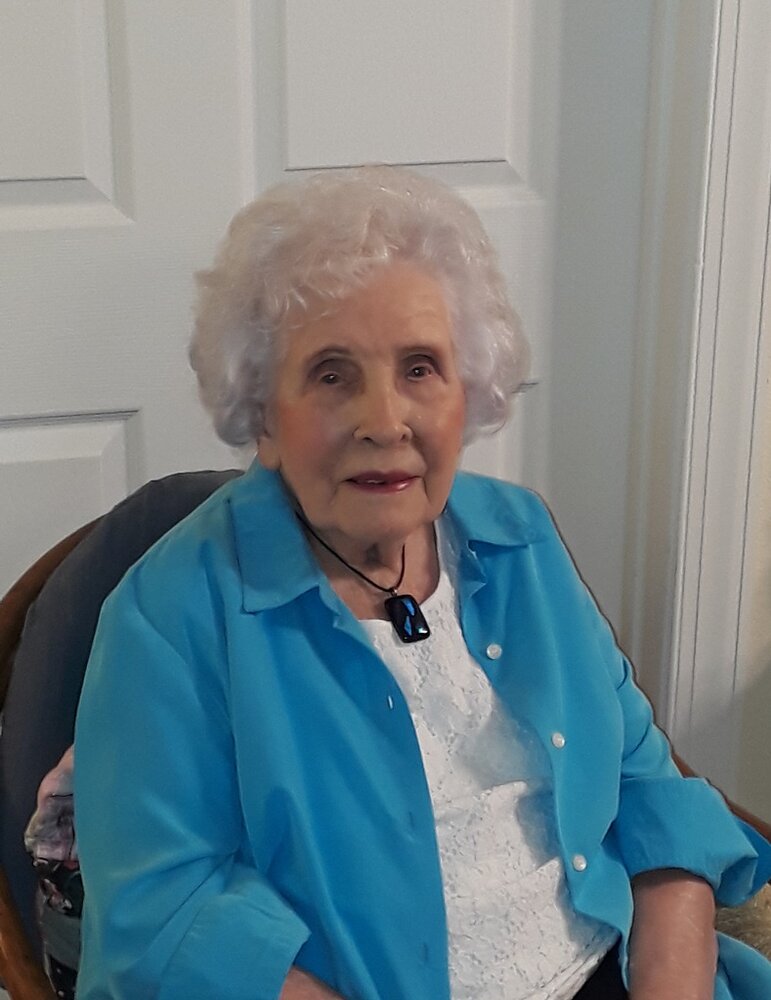 Please share a memory of Laura to include in a keepsake book for family and friends.
View Tribute Book

Laura passed away in the presence of all her children on January 15, 2023 at the age of 102.  She was born June 11, 1920 in Whortonsville, NC, the only child of Ralph Emerson  Mayo and Ruth Whorton Mayo.   She was predeceased by her parents and her spouse of 76 years, Charles Warren who passed away in 2018.  She is survived by the couple’s four children Ralph (Barbara) Warren of Chapel Hill, Pam (Randy) Cross of Ft. Myers, FL, Robert (Judy) Warren of Cary and Cheryl (Steve) Culnon of Las Vegas, NV., five grandchildren and eight great grandchildren.

Laura grew up in the rural Pamlico County town of Hobucken where she starred on the basketball team and graduated at the top of her class at age 16.  She attended Women’s College (now UNC-G), graduating in 1940.  Laura began her career in New York, but soon accepted a position in Washington with the Franklin D. Roosevelt Inauguration Committee.  In 1941 she went to work in the office of Senator Harry Truman.  While in Washington, she met Navy corpsman Charles Warren and they married in Feb 1942.  After living in several duty stations during Charlie’s active Navy service, the couple settled in Chapel Hill.  Laura worked at UNC for 27 years in library administration at both Wilson and Davis libraries, retiring in 1984.

Laura always put family and friends first, but truly loved her flowers, Coca-Cola and UNC basketball.  She will be remembered fondly by all for her kind and gentle spirit and will be greatly missed by those whose lives she touched.

In lieu of flowers the family asks that memorial contributions be made to The Carter Center, 453 John Lewis Freedom Pky NE, Atlanta, GA, 30307 or the charity of your choice.  A celebration of life is being planned for a future date.

Share Your Memory of
Laura
Upload Your Memory View All Memories
Be the first to upload a memory!
Share A Memory