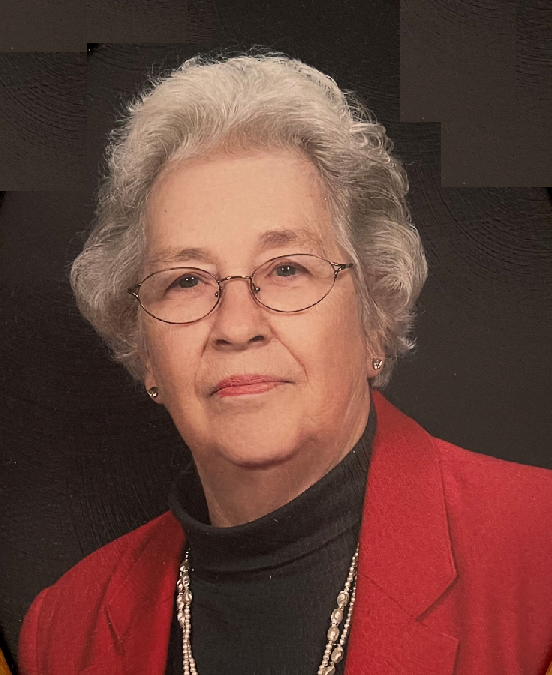 Please share a memory of Louise to include in a keepsake book for family and friends.
View Tribute Book

Louise Drogos died peacefully on January 14th, 2023 with family at her side. She was 101 years old. Louise was a farm girl, born in Rocky Mount, North Carolina on December 5, 1921 to Richard William Hux and Masie Elouise Goers. She was the second oldest of 7 children.  Louise graduated from Speed High School and then, in 1943, she graduated from Roanoke Rapids School of Nursing. That same year, Louise went on a blind date with a young sailor, named Gene Drogos, a Yankee from Pittsburgh. They courted for several years, dancing to a lot of big band music, and then wed in 1946 in Edenton, NC at the Naval Air Chapel.

Louise was commissioned as an officer in the US Navy and served as a nurse during World War II in Elizabeth City, NC and Washington, DC. Louise left the Navy in 1951 after starting her family but Gene continued serving so she and the children moved many times living in Whidbey Island, Washington, San Francisco, California and Millington, Tennessee. Her Navy uniform and cape are in the Women’s Archives at UNC Greensboro. She was an inaugural member and is recognized in the National Memorial for Service Women in Washington, DC.  She is a current member of the American Legion Auxillary, Post 6, Chapel Hill.

Louise moved back to her beloved Tarheel State, to the town of Chapel Hill, in 1957, after her husband retired from the Navy. She worked at UNC Memorial hospital as a nurse from 1959-1984, retiring as the Nursing Supervisor. She was a volunteer at the hospital for over 25 Years after retiring. Her legacy lives on as there have been eight nurses in the Drogos family and two doctors. Also in 1957, Louise and family joined St. Thomas More Church making them one of the earliest members. She was instrumental in the founding of Saint Thomas More Elementary School and she faithfully served her church as both a leader and servant for over 35 years. In 2004, Governor Mike Easley awarded her The Order of the Long Leaf Pine, the highest award  given to a citizen of North Carolina "for their significant contributions to the state and their communities through their extraordinary service and accomplishments”.

She was a woman who was funny, outgoing, a people person, yet she had a practical, no nonsense approach to life. She liked to try new things such as white water rafting in Alaska at the age 87. Her grandchildren adored her and described her as compassionate and supportive. Her generosity to all, family and strangers alike, was exemplary. But most of all she was a woman of deep, unwavering faith. Her love and trust in God sustained her when she lost her best friend and older brother who was killed in WWII. It sustained her when she lost four of her five children. It sustained her when her husband and children battled cancer most of their lives. She loved her God, her family and her country.

Many women have done excellently but you surpass them all. Proverbs 31:29

Share Your Memory of
Louise
Upload Your Memory View All Memories
Be the first to upload a memory!
Share A Memory