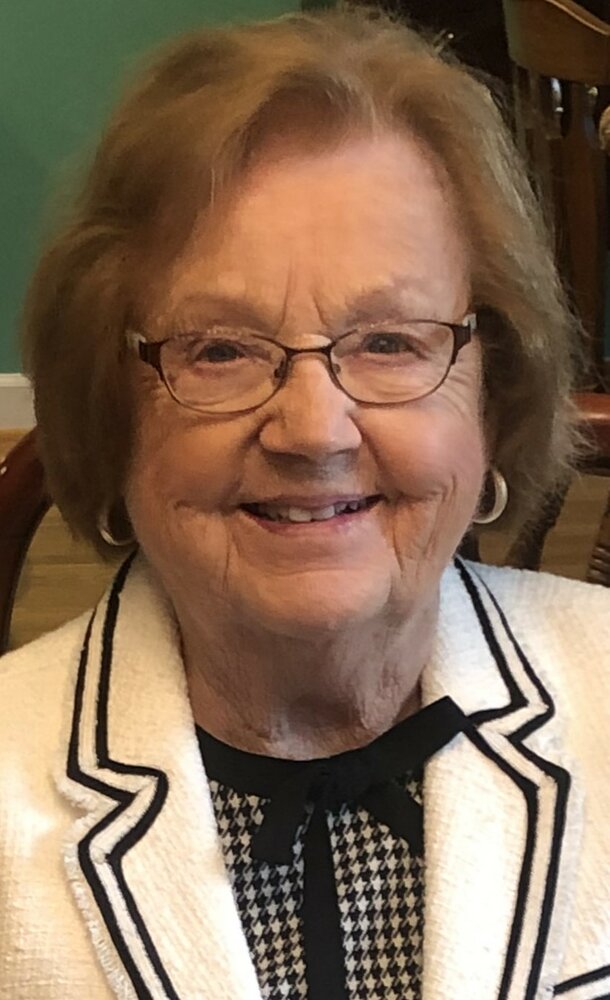 Please share a memory of Kathryn to include in a keepsake book for family and friends.
View Tribute Book

Kathryn Eileen Jefferson, 95, of Mebane, passed away Saturday, December 31, 2022 at her home. Known to all as Eileen, she was born October 20, 1927 in Triadelphia, West Virginia to the late George and Hattie Kummers. On August 19, 1950, in Wheeling, she married the love of her life, George K. Jefferson, with whom she was blessed to share 50 years of love and marriage before his passing in 2000. A long time resident of Mebane, she also lived many years in Portage and Valparaiso, Indiana. She was the second oldest of five sisters, two of whom survive her, Gerry Cook and Connie LeGrande. Sisters, Emily Wilcox and GeorgeAnn Stanfield preceded her in death.

During World War II, Eileen began her nursing studies with the U.S. Cadet Nurse Corps through Ohio Valley General Hospital in Wheeling. She worked as a surgical nurse for many years and then worked for the Portage school system as a school nurse until her retirement. She was a member of Mebane Presbyterian Church and was very active in the Knitting Circle for many years providing countless lap blankets to those in need of care during difficult times. She was a special lady who collected, and more importantly, kept lifelong friendships. She was a wonderful role model for all of her family and friends, never letting aging get in her way. In her lifetime, she was a world traveler and even into her 80’s she traveled and hiked around Vietnam, went to the Middle East where she slept in a tent and rode a camel, and climbed Machu Pichu in Peru at 85. She was very talented in every craft, of which there were many, she pursued. She belonged to several clubs including Book, Pinochcle, and Bridge. She golfed weekly till age 90. And she entertained often with a definite flair. She enjoyed life, family, and friends and kept those around her engaged in conversation and laughter most of the time. She loved and was well loved.

Share Your Memory of
Kathryn
Upload Your Memory View All Memories
Be the first to upload a memory!
Share A Memory