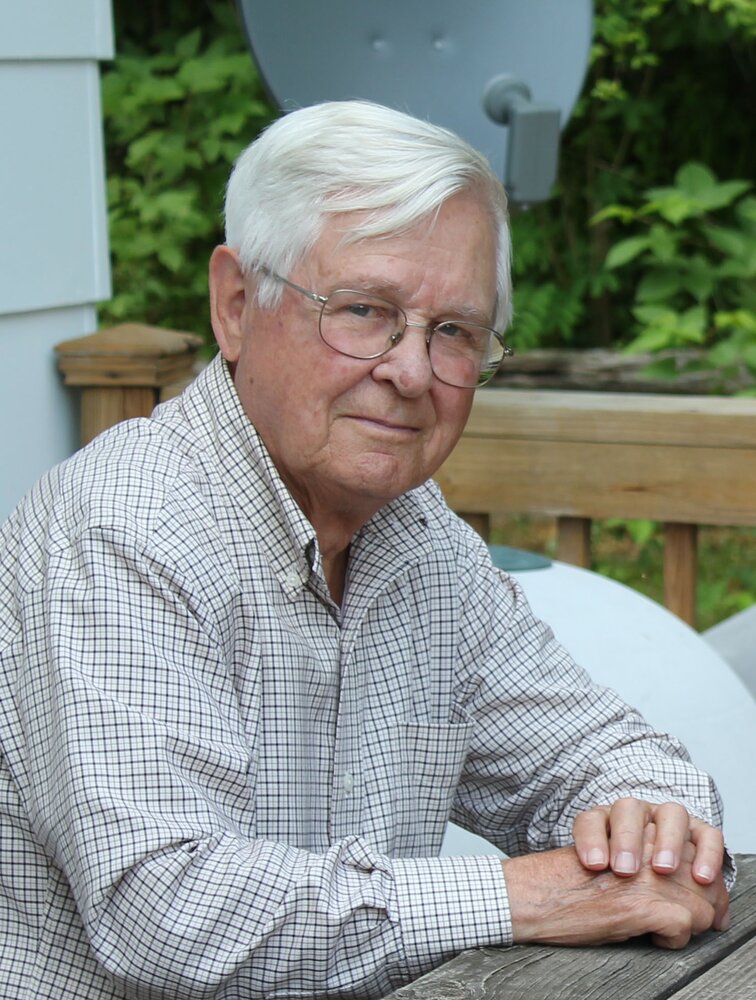 Please share a memory of Dr. Clifton to include in a keepsake book for family and friends.
View Tribute Book

Our beloved father passed away in his sleep on December 30, 2022 after a period of declining health.  He was 95.  The youngest of Samuel Herbert Crandell and Pearl Simmons Crandell’s four sons, he was born in Stokes, NC.  After graduating from Stokes High School, he attended East Carolina Teachers College (now ECU), earning a BS degree in Mathematics. His education was interrupted by service as an Air Traffic Controller in the US Air Force in World War II.  He graduated from the Medical College of Virginia School of Dentistry, where he earned his DDS degree in 1953.

After graduation Dr. Crandell practiced dentistry in Southport, NC. His private practice venture was cut short by hurricane Hazel in 1954. He relocated his young family to Chapel Hill, where he joined the faculty at the University of North Carolina School of Dentistry in 1955.  While on faculty he furthered his education with a MS degree in Radiology from the University of Pennsylvania, and a Master of Education degree from Duke University in 1961.  He was a member of the UNC School of Dentistry Department of Oral Diagnosis where he taught Advanced Dental Radiology before becoming Director of the school’s Dental Data Center in 1970. Dr. Crandell was named Emeritus Professor in 1989.  After more than 28 years at UNC, he left to become the Executive Associate Dean at the University of Texas Health Sciences Center - Houston Dental Branch.

Dr. Crandell served as President of the American Academy of Dental Radiology from 1969-70. He was a Consultant on Dental Records for the World Health Organization, and to the University of Nijmegan Dental Faculty, The Netherlands.  He co-authored “From Quonset Hut to Number One and Beyond – A History of the UNC School of Dentistry” published in 1982, as well as authored all or part of 13 dental text books. He was a Fellow in the American Academy of Dental Radiology and the International College of Dentists.

For many years Clifton was a member of what he called his Wednesday Night Supper Club, longtime friends who met weekly for food and fellowship. He was a member of the local Toastmasters Club. He was an instructor for AARP’s 55 ALIVE Mature Driving program, a volunteer with the local VITA tax prep program, a world traveler, an avid tennis player and enjoyed tap dancing classes at the senior center. Clifton also served as President of the Chapel Hill Kiwanis Club from 2015-16.

A memorial service will be held on Saturday, February 4 at Walkers Funeral Home, 120 West Franklin St. in Chapel Hill. In lieu of flowers, please consider making a contribution to the Dental

Share Your Memory of
Dr. Clifton
Upload Your Memory View All Memories
Be the first to upload a memory!
Share A Memory