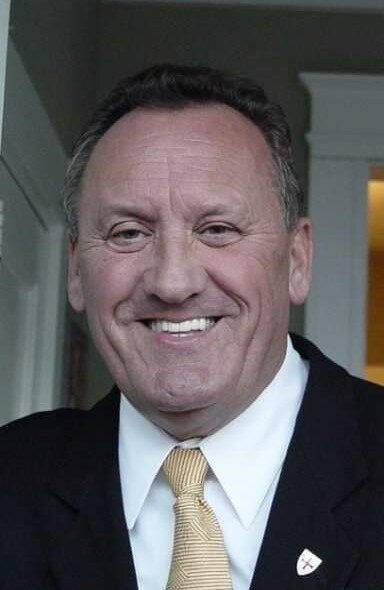 Please share a memory of Brian to include in a keepsake book for family and friends.
View Tribute Book

Brian Stabler passed away on December 23,2022  after a 30 year battle with cancer and it’s multiple complications.  He asked a friend one time if the friend thought Brian had 9 lives like a cat.  No, the friend responded; you are well pass 9 and on your way to 15.  Brian fought the complications of intense chemotherapy with grace, dignity and the most positive outlook ever.

Brian came to this country from England in 1967 with only his clothes, $25 in his pocket, his wit, his charm and his trust that somehow things would work out and, oh my, how they did!

He was supported in part by the generosity of a Rotary Fellowship that allowed him to enroll in UNC in the Graduate School where he pursued Interdisciplinary Studies and was awarded a Masters Degree in Education in 1968 and another masters in Psychiatry in 1971 and finally a PhD.     As a result of the support from Rotary International,   Brian has always held Rotary close to his heart and has been a long time member of the East Chapel Hill Rotary Club where he enthusiastically and wholeheartedly supported so many of their programs.

Brian was the inspiration and driving force behind the Family House of Chapel Hill after seeing the need for comfortable and reasonably priced housing for patients and their families of UNC Hospitals.  He steadfastly pursued the State Employees Credit Union seeking that  major sponsorship to allow the construction of a beautiful and much needed facility. Through the years he remained focused on the Family House and continued to make donations to include a beautiful painting that welcomes all to the building.

Brian was diagnosed with a rare form of cancer in 1990 that required experimental treatments.  His life since then has included multiple medial complications and treatments.  He has a strong interest and devotion to those fighting cancer and he has been most generous in support of the  Lineberger Comprehensive Cancer Center.

He generously supported Penny Lane which is all about lending a helping hand to those less fortunate.  Brian felt a special calling to respond to that good work.  The building at the entrance to Penny Lane provides educational, recreational and social activities and that certainly fit into Brian’s interest and focus.

Brian’s wit, humor and likability do not mask his love and devotion to the many causes he has supported through his own professional, community and civic activities.  When Brian walks into a room he is always greeted with smiles; that’s because he delights in discussing common interests that usually include witty interactions.  Simply said, Brian connects.

His  love of his family has always had top priority.  Brian’s professional career as a Clinical  Professor  in the Department of Psychiatry has centered around other people’s needs.  During his professional career he was involved 53 publications with many involving growth hormone deficiencies and its impact on young people.

Family, a professional career, civic responsibility and philanthropy are who he was.  Brian has given so that others may receive the same kind of opportunity he was allowed upon his entry into this country.

Just recently the East Chapel Hill Rotary Club established the Brain Stabler Award to be given on an annual basis to that member of the club who has served behind the scenes in a significant way. The “unsung hero” award.

Brian is survived by his son, Brennan and his daughter, Courtney both of whom he loved dearly.  Other survivors include Colin, Clive, Malcolm, Joanne and Susan of England.

Share Your Memory of
Brian
Upload Your Memory View All Memories
Be the first to upload a memory!
Share A Memory