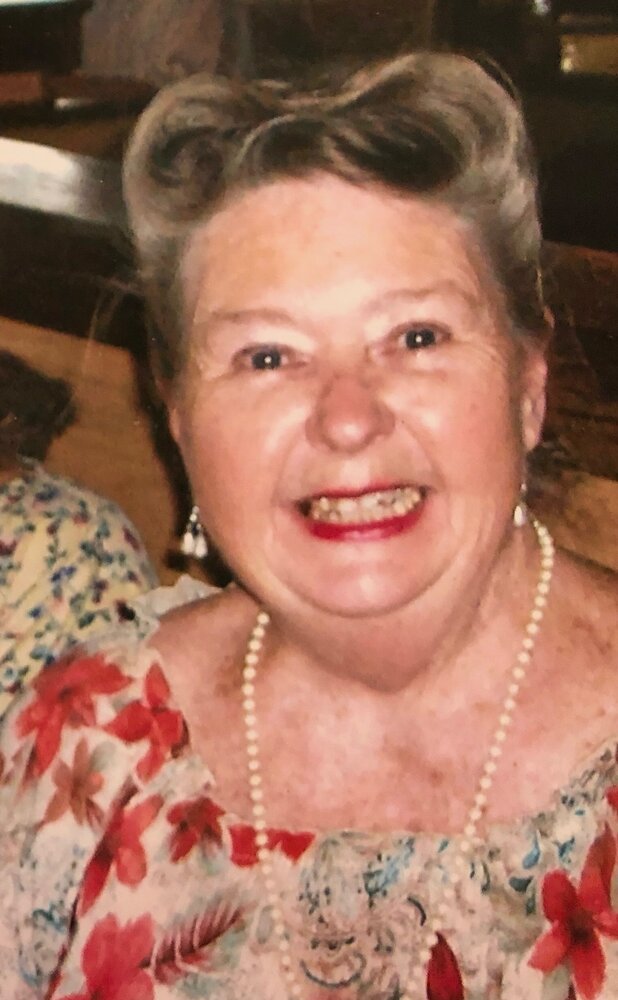 Please share a memory of Erna to include in a keepsake book for family and friends.
View Tribute Book

Erna Adriana Goetz Quade (Ernie), 86, went home to the Lord after complications of the flu in Duke Hospital on December 21, 2022.

Ernie was born in Washington, D.C., just 5 minutes following her identical twin, Robbie on October 8, 1936.  She was a first generation American, but forever Dutch in her heart; she spoke Dutch as her first language at home with her immigrant mother Adriana Maria den Turk Goetz (of the Netherlands), also learning German from her Germany-emigrated father, Robert Friedrich Goetz. Her first residence was the Dutch Embassy, where both her parents were employed.

Ernie was very talented in English as well, which combined with her exceptional typing skills lifted her from a "typist" post, up to Private Secretary to the Chief of Forest Service in a few years. She also generously shared these language skills with her beloved Holy Trinity Lutheran Church (Chapel Hill) as its secretary, laboring long hours over the bulletins with typewriter and mimeograph machine. Later in life, she was employed as secretary in the Center for Early Adolescence at UNC-Chapel Hill.

It was in a Young Adults Group of her church in D.C. where Ernie met Dana, agreeing to take him on as husband (for 60 years!) after declining three previous marriage proposals. After their marriage on August 18, 1962, she left her hometown of Arlington, VA and together they settled in Chapel Hill, NC, raising two sons and a daughter.

Ernie was a vivacious member of Holy Trinity, offered her outstanding vocal gifts in the choir and regularly hosted it's annual get-together in her home with homemade baked goods and a festive party around the pool. Similarly, she gleefully hosted pool parties for the church youth group and Dana's university students: any welcome excuse for a fun and colorful luau!

Ernie's propensity to offer a plate of fresh, homemade brownies to a needy friend, neighbor or stranger alike was well-known. She was an accomplished baker, winning multiple awards in the yearly Village Advocate Bake-Off and every year in the baking competition of Hillsborough's Hog Day: in 1995 she took it's 1st place (across all categories) Hog Day Trophy.

After traveling to and living one year in her mother's homeland of the Netherlands, after traveling to visit her father's German hometown and lovingly befriending before-to-unknown relatives there, after visiting Hawaii, Chile, Russia and other places fascinating to her, she lived her final days on the Memory Care ward of The Addison in Durham NC. Many staff there reported her as their "favorite", being impressed with her unstoppable sweet nature and attitude of giving and gratitude.

Share Your Memory of
Erna
Upload Your Memory View All Memories
Be the first to upload a memory!
Share A Memory