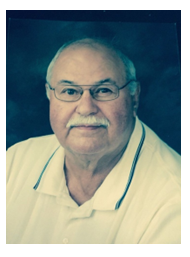 Please share a memory of Joseph to include in a keepsake book for family and friends.
View Tribute Book

Joseph Anthony Caldeira (78) passed away on December 20, 2022, surrounded by his family. He lived in Chapel Hill, North Carolina, and was formerly of Albany, Georgia.

Joseph, or as he was lovingly called, “Mr. C.” or “Mr. Joe” was born to James and Silvanna (Gomes) Caldeira on March 13, 1944, in Fall River, Massachusetts. He spent 18 years in Fall River and graduated from B.M.C. Durfee High School in 1962, before enlisting in the United States Marine Corp (USMC) in 1963. He served in Vietnam from 1968 to 1969 and was on active duty until 1972. He then worked as a civilian employee for the U.S. Naval Aviation Supply Office in Philadelphia, Pennsylvania, from 1972 to 1976, and then at the USMC Logistics Base in Albany, Georgia, from 1976 until his retirement in 2000. In 2010, Joseph received the civilian Hall of Fame award from the Marine Corps Logistics Command for his 36 years of outstanding federal service.

Joseph loved entertaining and spending time with his family and friends and worked countless nights and weekends giving back to his community in Albany, Georgia. He was a Fourth Degree Knights of Columbus honorary life member. He also served as the past Grand Knight and treasurer for Council #3607 in Albany, Georgia, and won Knight of the Year for several years. He also served as the Parish Council president and a communion minister with St. Teresa’s Church. He was a member of St. Thomas More Catholic Church in Chapel Hill, North Carolina. He also was a member of the Marine Corps League, the Veterans of Foreign Wars (VFW) and the American Legion.

He was an avid Georgia Bulldogs and Philadelphia Eagles football fan and loved people. He was always the first to host guests at his house or by his family’s pool. He needed no excuse to fire up the BBQ and loved entertaining and making people laugh. His annual Christmas parties were always the highlight of the holidays and his immense generosity and love for people was known by all.

Joseph is survived by his beloved wife Ann of 51 years and two children, Anthony, of Gainesville, Georgia, and Catherine (Atkins) and her husband Jason, of Chapel Hill, North Carolina. He is also survived by his sisters in law, niece and nephews, cousins, and extended family members and friends. He was preceded in death by his son Joseph M. Caldeira, his brother James S. Caldeira, and his parents James and Silvanna (Gomes) Caldeira.

The funeral will be a private ceremony attended by immediate family, with a celebration of life party to occur in 2023. In lieu of flowers, the family has requested that donations be made in Joseph Caldeira’s honor to the Disabled American Veterans (DAV) at https://www.dav.org/.

Share Your Memory of
Joseph
Upload Your Memory View All Memories
Be the first to upload a memory!
Share A Memory