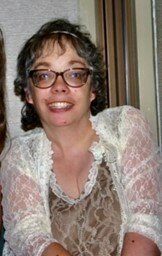 Please share a memory of Whitney to include in a keepsake book for family and friends.
View Tribute Book

Whitney Marie Branham, age 48, died suddenly on November 16, 2022, in her Chapel Hill home.  Whitney was born on November 15, 1974, in Fountain Hill Borough, Pa to Everette Earl Branham and Gale Willett Eichhorn. She was born a twin with Rebecca Branham.

Whitney grew up in Chapel Hill, NC and attended high school at St. Mary’s Country Day School in Hillsborough, NC graduating at the head of her class.  She attended Durham Tech in 1995.  She worked for 16 years in the University of North Carolina Psychiatry Department’s Business Office where she was a valued staff member.  Whitney’s colleagues were also her friends, especially her mentor Amanda Teer.

Whitney was a member of the family of Annie Sullivan Enterprises, Inc. (ASEI), a non-profit agency serving individuals with special needs. As her primary guardian, Michelle Wolff loved her and was involved in all aspects of Whitney’s life including her in family gatherings, trips to Quebec, and more. Whitney and Lana Elizabeth Morgan were great roommates and lived independently for 18 years with the help of Residential Services Incorporated (RSI), a non-profit agency providing residential and independent living options/services for people needing extra assistance. Annmarie Hall of RSI was with Whitney every weekday and provided loving support for her.

Whitney impacted lives with a kind heart, great wisdom, and many talents. She was an intelligent, creative, and humble young woman. She had a wide range of interests including art, history, politics, movies, animation and was an avid reader with an extensive library.  Her library reflected her range of interests from children’s classics to the Manga series, English classics as well as books on Japanese and Egyptian history.  Whitney is best known for her works of art in drawings, oils, acrylics, watercolors as well as designing and making intricate costumes for dolls.

Given Whitney’s personality and interests she was surrounded by a village of friends; to know Whitney was to love Whitney.  The friends and families of Whitney’s support staff became part of Whitney’s family circle.  For example, she attended soccer games and important events in support of young friends and was Aunt Whitney to Michelle Wolff’s grandchildren.  With friends she roamed thrift shops, visited bookstores, and had an annual membership in UNC’s Paul Green theater.  Whitney’s death is a tremendous loss to her community, which takes comfort in knowing, she is now at peace, surrounded by light, chasing butterflies and dancing with fairies.  She will be remembered for her love of beautiful things, especially things that sparkle and are pink!

Whitney is survived by her mother, Gail Eichhorn of Rockville, Maryland, her beloved twin sister Rebecca Branham, and brother-in-law Paul McKinsey, of Glen Bernie, Maryland, and extended family members.  She is also survived by her loving roommate, Lana Elizabeth Morgan, the staff and residents of RSI and the members of ASEI.  Whitney is preceded in death by her father, Everette Branham.

“What we have once enjoyed we can never lose. All that we love deeply becomes a part of us”.

Share Your Memory of
Whitney
Upload Your Memory View All Memories
Be the first to upload a memory!
Share A Memory