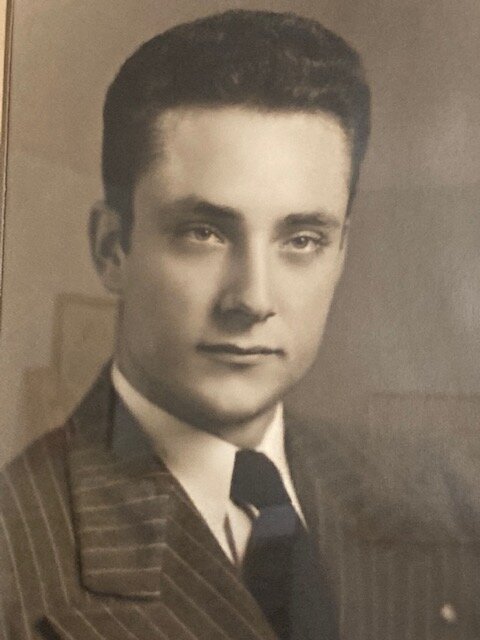 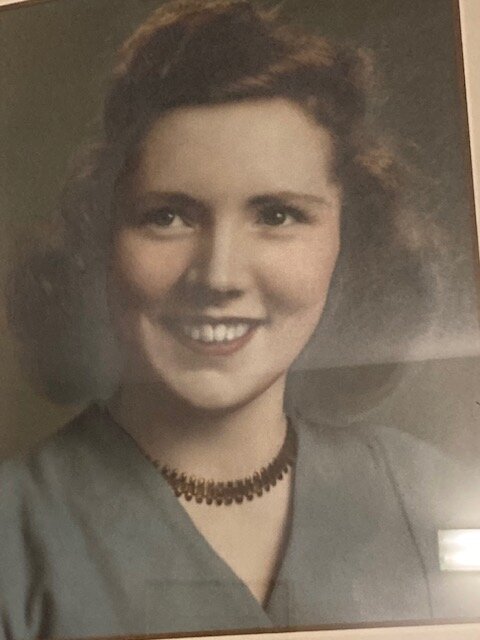 Please share a memory of Elvin to include in a keepsake book for family and friends.
View Tribute Book

Elvin was born on January 22nd 1925 in the home of his maternal grandparents in Ivor, VA.  He spent all of his youth in Orange and Chatham counties in NC.  In high school he was first chair for the French Horn in the orchestra. He began his college career at Guilford College in Greensboro, NC, but his academics were cut short by WWII.  He was drafted into the US Army infantry in 1943 and served the remainder of the war in Italy, being on the front line for part of the campaign in Anzio, Italy.

Elvin returned home after the war and continued his undergraduate degree at Guilford College, graduating in 1948 with a degree in History.  While at Guilford College he met his future wife (at the library of all places - more on that later).  He fell in love with Barbara Anne Watson, of Uniontown, PA and they were married in July 1947.  They had just recently celebrated their 75th (!) wedding anniversary.

Elvin went back to Chapel Hill and was accepted into the History Graduate Program and earned his Master's Degree in European History in 1950.  While studying for this degree, he taught undergraduate history at both UNC and at Guilford College. He and his wife (now called by all NC family members - Anne), and two children moved to Augusta, GA where he worked as an Assistant Field Director for the American Red Cross. where his 3rd son was born.

They then moved back to Chapel Hill in 1953 where Elvin enrolled in the Graduate Degree Program for Library Science.  Simultaneously he worked at the UNC Wilson Library.  After completing his graduate degree he was hired in 1955 as a department head at Duke University Library, where he worked for 32 years in a variety of successive roles, ultimately becoming the Head LIbrarian from 1982 though 1987, with a year's sabbatical for his final year. While at Duke Elvin and Anne developed many lifelong friendships, many of whom were wonderful friends to all of their sons. (The fourth son was born in Durham, NC in 1956.)

Throughout Elvin's life, including many adventures with his wife and four sons, he was an avid camper, hiker and fisherman.  He and Anne had motor boats for fishing at Harker's Island, NC.  They also loved to travel, taking a number of trips to many parts of Europe , as well as trips to many of the US National Parks.  Another love of both Elvin and Anne was their involvement with the Durham Savoyards, a group of actors and singers and musicians who performed Gilbert and Sullivan operettas. Anne performed in many shows and they were both officers for many years; Elvin produced 5 of the productions.  Again, they made many friends in that group and had many wonderful parties with them.

Elvin and Anne moved to Carolina Meadows outside of Chapel Hill in Chatham County, in 1998 and lived there independently for many years.  They were in Assisted Living for a year, and then in the Skilled Nursing Facility for several years, up until Elvin's death.

Elvin is survived by his wife, and one brother - Charles Kennon Strowd, as well as four sons and their wives: Carl and Isabel, Alan and Karla, Richard and Cindy, and Tom and Patsy.  There are five grandchildren: Tim Strowd, Joseph and Elizabeth Strowd, and Tony and Samantha Strowd.

Elvin has donated his body to scientific research at the Duke University Medical Center.  In about a year his family will receive his ashes and a memorial ceremony will be held at Cedar Grove Methodist Church in Chatham County, NC - where his parents and grandparents and other relatives are interred. There is no immediate service planned.  The family is requesting no flowers.  Contributions in Elvin's honor may be made to the Duke University Perkins Library or the Durham Savoyards organization in Durham, NC.