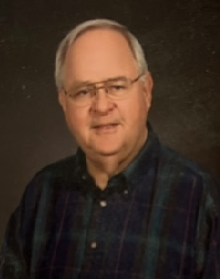 Please share a memory of Harry to include in a keepsake book for family and friends.
View Tribute Book

Harry was born December 9, 1945, in Chicago, IL, to Jane Mack and Harry Wilson McKown, Sr. He grew up in Startex, SC, and graduated from James F. Byrnes High School. He earned a B.A. in history from Wofford College and a M.A. in American history from the University of North Carolina. During his graduate work at UNC, Harry held positions at the libraries of UNC and Duke University where he helped process and catalogue historical manuscripts. After additional training at North Carolina Central University’s School of Library Science, Harry assumed a permanent position as a research associate in the North Carolina Collection at UNC’s Wilson Library where he worked until his retirement in 2013.

His career was the perfect fit for Harry’s life-long devotion to Southern history and North Carolina history. His encyclopedic knowledge of both assisted hundreds of scholars and researchers through the years, often enhancing their work with obscure gems of knowledge that few others knew.

A connoisseur of good food, wine and conversation, Harry loved to cook (and eat) with friends, where jokes and puns flew thick and fast. He was a savant and a master storyteller. He loved jazz and delighted in attending the annual North Carolina Jazz Festival in Wilmington when his health allowed.

Harry was a member of the United Church of Chapel Hill where he served as a deacon.

Left to cherish his memory are one brother, Bryan Forrest McKown, and wife, Elizabeth of Wadmalaw Island, SC; a nephew, James Sharpe Bruce, and wife, Anne, and grandnephews William McAlister Bruce and Wilson Bennett Bruce, all of Charleston, SC, and a number of cousins including Ann McKown and husband, Dan Hudgins, of Durham, NC. The family would also like to acknowledge with grateful appreciation the care and attention provided by our friend Celeste Lampley during the last years of Harry’s life.

A memorial gathering in honor of Harry’s life will be held at 2:00 PM on Thursday, December 15 at Walker’s Funeral Home, 120 W. Franklin Street in Chapel Hill, NC. Friends are invited to attend and share stories of how they will best remember him.