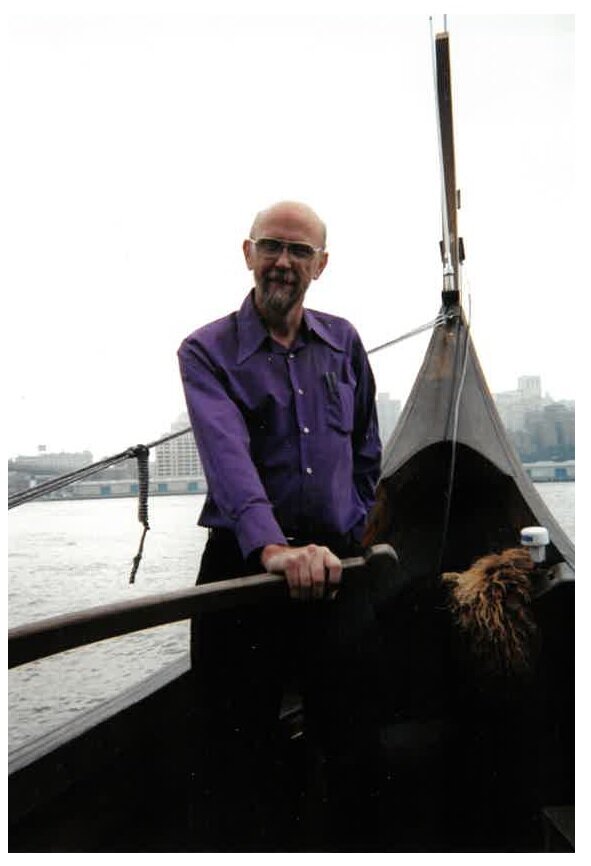 Born on March 3, 1945, in Bemidji, Minnesota, the youngest of 6 children, Bob grew up in Bemidji, Fairmont, and New Ulm, where he attended and graduated from high school.  He worked his way through college at the University of Minnesota, exploring interests in physics, linguistics, photography, psychology and philosophy, earning his degree in 1967.  During college he performed at local coffee shops with acoustic bands, and was co-president of the Minnesota Society for Parapsychological Research and editor of their newsletter.  This led to research in the mid-1960s on parapsychology and learning at the Foundation for Research into the Nature of Man (formerly Institute for Parapsychology; now Rhine Research Center) under retired Duke University professor J. B. Rhine.  In 1968 Bob was a research assistant in the Department of Psychology at the University of Edinburgh, Scotland.

After returning to the United States, Bob briefly attended graduate school at the University of North Carolina at Chapel Hill (UNC-CH), and was active in the American Psychological Association, co-authoring presentations and publications with his then-wife Joan Axtell, before turning his attention to computer science.  He served on the Board of Directors of Dixie Computers and operated a small computer store in Chapel Hill for several years.  For most of his career he was employed by UNC-CH as a programmer/analyst, first with Administrative Data Processing (ADP) and later at Triangle Research Libraries Network (TRLN), working on computerizing the card catalog systems across Triangle university libraries until his retirement.

Bob took a lively interest in politics and social and civic issues.  He was actively involved with the Democratic Party for many years, serving as president of Young Democrats, vice-chair of Northside precinct, and delegate to county and state conventions.  He also was chair of the Board of Adjustment for the Town of Chapel Hill.

A voracious reader with a curious mind, Bob had wide-ranging interests, from ancient languages and cultures to astronomy and space exploration, science fiction and the occult, to art, music, poetry, scriptwriting and the performing arts.  He was part of the production crew for "Dr. Why", a local film parody of the British series "Dr. Who", which played on cable and closed circuit TV after its "world premiere" at The Cave.  He designed lighting and sound for community theater, and worked on productions of several radio dramas by Samuel Beckett.  In 1983 Bob was the sound designer for a local stage production of Beckett's "Happy Days" which went on to have an off-Broadway run at La Mama in New York City.  During the 1990s and early 2000s, he spent time as a literary agent and script doctor.  He was a member of Chapel Hill's Arts Group and enjoyed Second Friday Art Walks.  His own photography focused on abstract patterns in nature.

For many years Bob entertained friends with an annual New Year's Eve Casino Party, backyard croquet matches, and games of Trivial Pursuit.  He enjoyed "Jeopardy" and wordplay, and had a dry sense of humor.  Genealogy fascinated him, and he conducted extensive research into his own family's Norwegian and German roots, and into the ancestry of his friends.  Bob loved traveling by train, and had a special fondness for Martha's Vineyard.

Bob is survived by his longtime friend and companion, Marcia Decker of Chapel Hill; his sister Lois Grote [husband Gerald] of Minnesota; his brothers David Joesting [wife Dolores "Dee"], and Frederick Joesting, both of Minnesota; his brother-in-law Paul Schultz of Michigan; and numerous nieces, nephews, and cousins.  He was preceded in death by his parents, the Rev. Clement and Gloria M. (Monserud) Joesting; his brother Donald Joesting; and his sister Gloria Schultz.

Arrangements for a memorial service in the spring will be announced at a later date.

Many thanks to the medical staff at North Carolina Memorial Hospital, and especially to his longtime personal physician at UNC Faculty Physicians Center at Eastowne (Internal Medicine), for the care they provided to Bob.