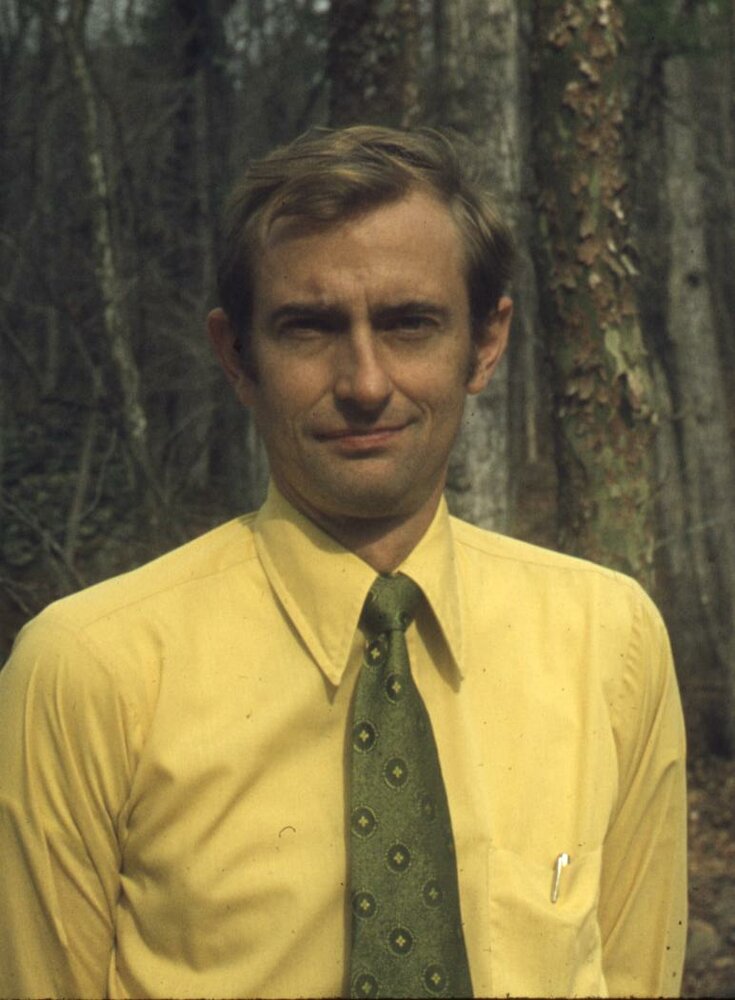 Please share a memory of Edward to include in a keepsake book for family and friends.
View Tribute Book

Edward Stokes Johnson, beloved father, brother, spouse, and grandfather, retired professor from the University of North Carolina, and dedicated member of the Cane Creek community in Orange County, NC, died peacefully on December 7, 2022 at age 89, in his home surrounded by loved ones.

Edward’s late father, Guy Johnson, was often called by people “the last of the Renaissance Men” but Edward challenged the “last” assessment by carrying on the tradition of broad areas of interest and expertise. Edward was a voracious reader who was ordering books online until shortly before his death and whose personal library had sections marked for Human Evolution, Cosmology, Cognitive Science, Poetry and Artificial Intelligence (among others); but Edward also rebuilt a 1931 Chevy sedan and a 1950’s Ford tractor, repaired to good order a rock dam on his property that was first constructed in the 1800’s, built by himself the beautiful decks on his house looking out over the dam he’d restored and its pond, was a master at tying elaborate knots learned during his Boy Scouts days, and could solve any mind-game or mechanical puzzle within the time limit that earned one a “Genius” designation.

Edward spent almost his entire life in and around Chapel Hill, N.C., never seeing merit in spending long periods away from the “Southern Part of Heaven.”  He graduated from Chapel Hill High School and obtained both his B.A. and and Phd. from the University of North Carolina. Following four years on the faculty  at Yale, he returned in 1966 to UNC to become a professor of Psychology focusing on Psychometrics, a position he held until retiring in 1998.  As a Psychology professor, Edward was well-known for his courses on the evolution of human intelligence and for being adept at helping math-phobic students pass the Statistics class that was required to earn a degree in Psychology.

Realizing his dream to live on wooded land, Edward and his family moved from Chapel Hill to rural Orange County in 1973, buying land and building a house in the dairy farming community known as Cane Creek.  Edward soon recognized that for a university professor outsider and his family to become accepted in the community it would be beneficial to join its local church.

Edward, a life-long member of a Methodist church in Chapel Hill and a person with a strong interest in the hard sciences, thus became a member of Cane Creek Baptist Church. Not only was he accepted into the community, he became a leader in its efforts to challenge development of the Cane Creek reservoir, was one of the founders and the second president of the Orange Grove Volunteer Fire Department (which following his retirement named one of their trucks after him), and became a deacon at Cane Creek Church and an active member, and then Chair, of its History Committee.

Edward became fascinated with the history of the Cane Creek community and Cane Creek Baptist Church as its center of gravity, leading to his spending the last decade of his life focused on researching and writing a comprehensive history of the community and church. On his view, this history was best understood by placing it in broader historical context and so the first several chapters of the book cover the Protestant Reformation in the 1500’s, the rise of the Anglican Church and various Protestant sects in the 1600’s, the establishment of the first Baptist church in the American colonies, the establishment and history of the North Carolina colony and related matters. He completed his manuscript of almost 300 pages only a couple of weeks before his death and it will be published by the church and his estate in 2023.

Edward is survived by his wife, Ann Meade; Nancy Martin, to whom he was married from 1957-1983 and with whom he remained close; his three children with Nancy: Edward “Ted”, Jr., Robert and Elisabeth Johnson; three children of his wife Ann: Frank, Allison and Edmund Meade; his older brother Guy Benton Johnson, Jr.; niece and nephew Rebekah and Shannon Johnson, and many loving grandchildren. Up until the week before his death, Ed was an enthusiastic participant in weekly “Family Zoom” video conferences with many members of the extended family from three generations.

A memorial service will be held Wednesday, December 28th at 3:00 pm at Cane Creek Baptist Church (6716 Orange Grove Rd, Hillsborough).  In lieu of flowers, well wishers are invited to make a donation in Edward’s name to the Friends of the Mountains to Sea Trail, one of Edwards favorite organizations (the trail will include a section running over Edward’s property).

Share Your Memory of
Edward
Upload Your Memory View All Memories
Be the first to upload a memory!
Share A Memory