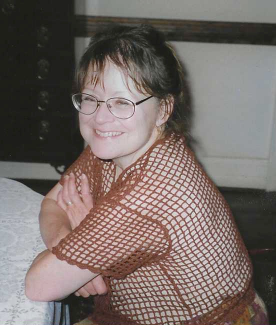 Please share a memory of Barbara to include in a keepsake book for family and friends.
View Tribute Book

With sadness we report that Professor Emeritus Barbara Anne Carroll, MD died at Duke University   Medical Center on November 30, 2022 having suffered from multiple health issues for the past several years. Born in Beaumont, Texas on October 20, 1945 to parents Theron Demp Carroll and Annette Ione Carroll (nee Anderson). She grew up in Austin, Texas, graduated form Stephen F. Austin High School, sang in the performance choir, and performed in an all-state drama competition. She attended the University of Texas where her College Bowl Team won the National Championship in 1966. She graduated Magna Cum Laude in 1967 with Special Honors in Plan II, a liberal arts curriculum. She received a full scholarship to Stanford Medical School in 1967. Upon graduation in 1972 she completed an internship and residency in Internal Medicine. Then she accepted a residency in Radiology and a fellowship in Ultrasound/Computed Tomographic Imaging followed by a faculty position. She remained at Stanford until 1984 as a tenured Associate Professor of Radiology until relocating to Durham, North Carolina. In 1985, she joined the faculty of the Duke University Medical Center and rose to Professor of Radiology. In 1986 she married Olaf T. von Ramm, the Thomas Lord Chaired Professor of Engineering at Duke’s Pratt School of Engineering. She published over 150 peer reviewed scientific articles and book chapters. She served as a reviewer for the National Institute of Health, served on the Board of Governors of the American Institute of Ultrasound in Medicine, receiving the Presidential Recognition Award. She was a fellow of the American College of Radiology, the Society of Radiologists in Ultrasound, and served on Editorial Boards for numerous scientific journals. She was named Who’s Who of American Women, Who’s Who in Science and Technology, and Who’s Who in California. Professor Carroll had many opportunities to travel and lecture in the US and foreign countries. During college, she spent a year in Scandinavia and took rotations in London at St. Mary’s and Great Ormond Street Hospitals. She was a great patriot, proud to have visited all 50 of the United States of America, and supported various Veterans’ Organizations.

For most of her 36 years of married life, she lived in Efland, North Carolina in the country home she and her husband designed and built. The children, Karl and Olaf, grew up in those beautiful surroundings while attending Durham Academy and college. They are members of Hillsborough Presbyterian Church. Professor Carroll loved animals and supported rescue organizations every year. She raised and showed Abyssinian cats with fine blood lines desired by breeders around the world. Her love of food and cooking was the motivation for starting and running Café 101, a restaurant in Hillsborough, NC for several years. As a true lover of nature and the beauty of the North Carolina country, she will be interred on the family property in Efland.