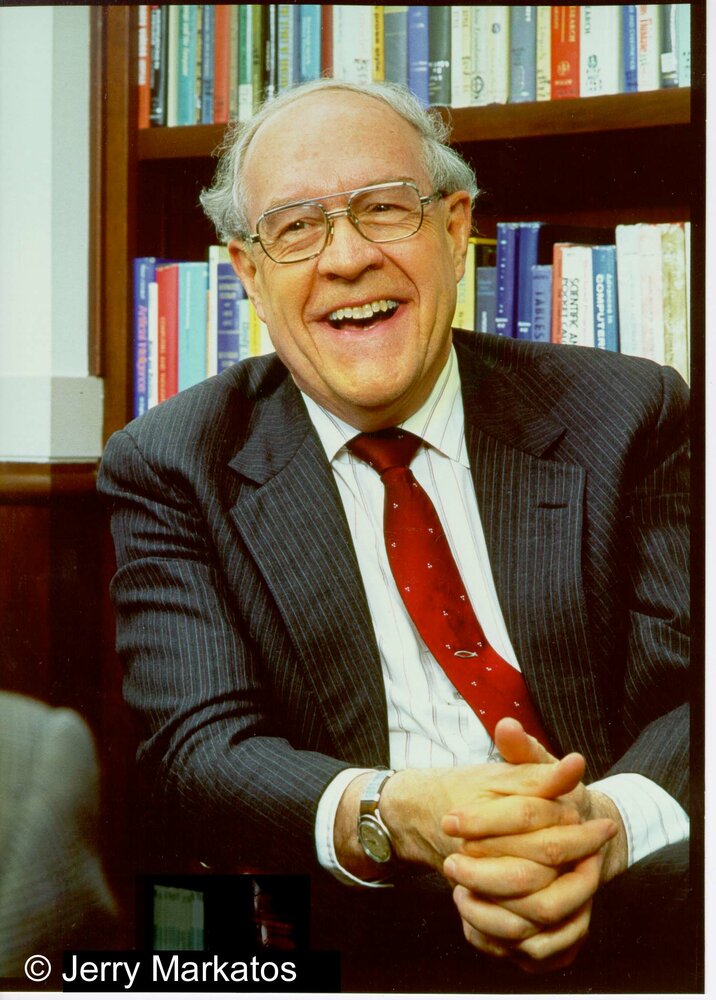 Please share a memory of Frederick to include in a keepsake book for family and friends.
View Tribute Book

Frederick Phillips Brooks Jr. of Chapel Hill went home to be with his Lord on November 17, 2022.
Born on April 19, 1931, Dr. Brooks grew up in Greenville, North Carolina, graduated from Duke University, and received his Ph.D. in Computer Science at Harvard University. He joined IBM in Poughkeepsie, NY and became internationally known for his leadership of the development of the IBM System/360 computer family, and for his book "The Mythical Man-Month: Essays on Software Engineering," which captured lessons learned from that pioneering project. Dr. Brooks' seminal work in computer architecture and software engineering was recognized with the National Medal of Technology, awarded by President Reagan in 1985.
In 1964 Dr. Brooks joined UNC- Chapel Hill as founder, first professor and for twenty years Chairman of the Department of Computer Science, where he built that department into prominence and actively taught and researched for 51 years. In 1991 he was awarded the ACM Turing Award, the highest honor in computer science.
Far more important to him than his professional accomplishments, Dr. Brooks was a faithful follower of his Lord Jesus Christ, in whom he placed his trust and hope in life and in death. He taught Sunday School at Orange United Methodist Church in Chapel Hill for over 50 years, served as Chairman of the 1973 Triangle Billy Graham Crusade, served as the founding chairman of the boards of both the North Carolina (Christian) Study Center at UNC and Trinity School of Durham and Chapel Hill, and served for decades as faculty advisor to the UNC graduate chapter of InterVarsity Christian Fellowship (FOCUS).
Fred is survived by his beloved wife of 66 years, Nancy Greenwood Brooks, his brother John C. Brooks (Nancy Jane), of Raleigh, his children, Kenneth P. Brooks, Roger G. Brooks (Ann), and Barbara B. La Dine (Jeffrey), all of Chapel Hill, nine grandchildren, and two great-grandchildren. He was pre-deceased by his brother, Henry Franklin Brooks.
A visitation will be held at Orange United Methodist Church in Chapel Hill Monday evening, November 21, from 7 to 9 p.m. The funeral service will be held at 11 a.m. on Tuesday, November 22, at the Chapel Hill Bible Church. In lieu of flowers, memorial gifts may be made to the N.C. Study Center, or to Trinity School of Durham and Chapel Hill.

Share Your Memory of
Frederick
Upload Your Memory View All Memories
Be the first to upload a memory!
Share A Memory