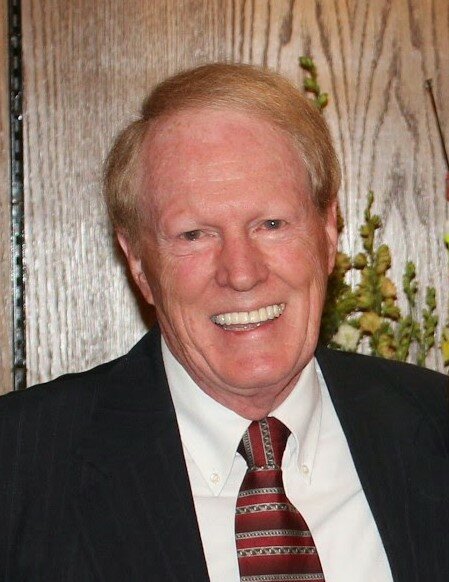 Please share a memory of Larry to include in a keepsake book for family and friends.
View Tribute Book

Larry Elmer Rehder passed away peacefully in his home in Hillsborough, NC on Monday November 7, 2022, following a courageous battle with progressive supranuclear palsy (PSP). He was 79.

Larry was born on January 15,1943 in Cedar Rapids, IA to his parents Elmer and Anna “Marie” Rehder. Growing up, he was active in track and field, basketball and Boy Scouts and received the Lutheran church Boy Scout award when he was 14. Larry graduated from George Washington Senior High School and then attended Iowa State University, served in the Army National Guard, and worked at Collins Radio Company and Cherry-Burrell Corporation in Cedar Rapids. In 1967, he moved to Sidney, NY to work for Bendix Corporation, followed by Singer Link in 1968, where he would remain employed as an aerospace engineer for 34 years. He married Janice Elaine Sherer in 1970 in Binghamton, NY, their home for the next 34 years, other than several months in 1971 and 1975, when Larry’s work took them to Sussex, England. Larry and Jan were active members of the Chenango Bridge United Methodist Church and formed life-long friendships with other members of the church, their neighbors, and Larry’s colleagues. He retired in 2002, and he and Jan moved to NC in 2004 to be nearer to their daughters.

Larry was a kind, patient and easy-going husband, father, and grandfather (“Pop Pop”), with a passion for wood-working, building, and fixing.  He will be remembered for his attention to detail and meticulous planning (“measure twice, cut once”), his dexterity and handiwork, and also his pancakes and popcorn.  He enjoyed playing golf and vacationing with his family.

Larry is survived by his loving wife Janice of 52 years, daughters Nicole (Craig) Scheffler of Boone, NC and Melanie (Peter) Silinski of Hillsborough, NC; his sister Marilyn (Roger) Kruger of Omaha, NE; his four grandchildren Brooke Scheffler, Brycen Scheffler, Abby Silinski and Jake Silinski; and many nieces and nephews.  He is preceded in death by his parents Marie (1983) and Elmer (2003), and his brothers Donald (2001) and Carroll (2013).

Share Your Memory of
Larry
Upload Your Memory View All Memories
Be the first to upload a memory!
Share A Memory