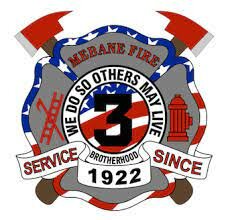 Please share a memory of Jackie to include in a keepsake book for family and friends.
View Tribute Book

Jackie was born on March 24,1939 in Burlington, NC to his parents, Howard and Christine Buckner. He graduated from Mebane High School as a proud Eagle Scout and member of the Order of the Arrow. In his youth, he loved to roller skate, camp and work on cars. Jackie also spent many hours building cabinets and working in carpentry.

Jackie retired from Western Electric and served over 30 years a volunteer fire fighter for the Mebane Fire Department. He was a lifelong member of the NC Society of Fire Service Instructors and took great pride in his work.

Jackie was the family genealogist and spent the last 40 years researching and collecting his family’s lineage. He has records dating back several generations and could talk hours about his family’s history.

Jackie is preceded in death by his parents William Howard Buckner and Christine Johnson Buckner; his brother, Don Buckner and his grandson Christopher Blumreiter.

In lieu of flowers, donations may be made to NC Jaycee Burn Center, PO Box 309, Chapel Hill, NC 27514 in memory of Jackie Buckner.

The family is being assisted by Walker’s Funeral Home in Mebane. Online condolences can be offered at walkersfuneralservice.com.

Share Your Memory of
Jackie
Upload Your Memory View All Memories
Be the first to upload a memory!
Share A Memory