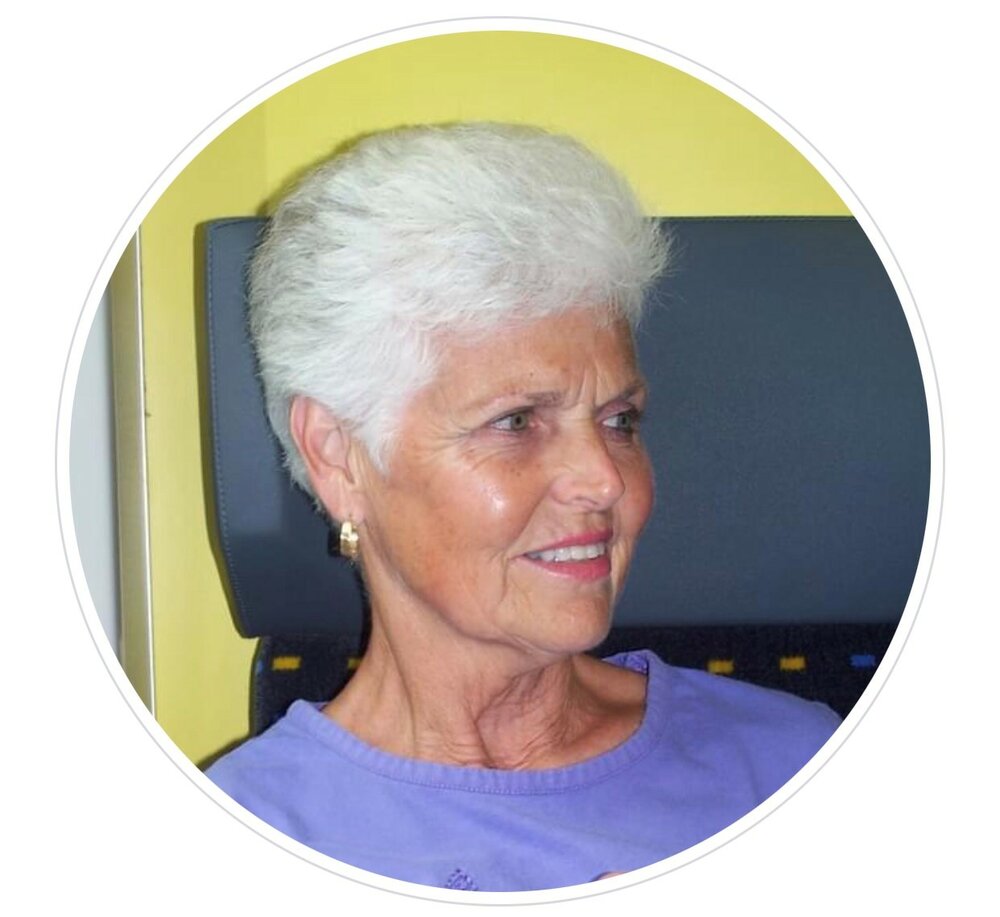 Please share a memory of Shirley to include in a keepsake book for family and friends.
View Tribute Book

Shirley Leftridge Greer passed away on October 24, 2022, at the age of eighty-six years old. In her final days she was surrounded by her loving family, who will continue her legacy of kindness, nurtur ing love, and a staunch work ethic. Shirley had an abundance of nicknames, and as it is often quoted that “she who hath an abundance of nicknames is much loved.” This was certainly the case with Shirley. She was called “Jeep” by her siblings, she was “Mom” to her kids, in later years, Mom and Dad would adopt “Mother” and “Father” when conversing with each other in a schtick that would rival any standup routine. She was dubbed “Granna” by her eldest grandchild, a name Shirley loved. Shirley was born on January 9, 1936, in Forrest Hill, Maryland. She was the sixth of twelve children and grew up on a dairy farm. Although she came from a large family and lived through the hard times of the Great De pression, and World War II, she felt her early life was rich with family and lessons which would serve her well in the years to come. In 1952, at the age of sixteen, she met the love of her life, Robert (Bob) D. Greer, Sr. while working behind the sock counter at the Woolworth’s Five & Dime Store. Bob and Shirley would marry on December 15, 1956 and enjoy a long marriage full of love and adventure. Bob and Shirley’s great adventure together included: buying and restoring an old house they named Rip Shane, raising four kids and various thoroughbred horses, multiple house moves; and trips in the U.S. and abroad. Shirley had a long work career as a stenographer, secretary, assistant to a UNC university professor, executive assistant, and owner of Court Square Antiques in Hillsborough, NC. She managed to work full time, be a wonderful mom and loving wife who always had supper on the table each night at six thirty p.m. On a trip back home to Forest Hill, in 1995, Shirley and Bob visited her home place only to discover her old home was being torn down to make way for development. In the process of being demolished, she discovered under the many layers of siding, a portion of the original house was log. Shirley and Bob bought the house and had it dis mantled and trucked to Wintergreen, Virginia. Shirley was an incredibly organized person. This skill was evidenced by the fact that when the log cabin was dismantled, she was on hand with a sharpie pen, hammer, and tack nails. She labeled each log with a mason jar lid as it was taken down, so that she could re-erect it in Virginia. She spent many months in Wintergreen overseeing the con struction of her beloved cabin, which she lovingly named, “Leftridge”. Here she would create incredible holidays rich with tradition, provid ing sumptuous meals, homemade apple pies, fluffy towels, and crisp, ironed bedsheets for her large and growing family. Favorite memories from her kids: hours tromping in the woods to find the perfect Christmas tree, seventeen people crammed into her three-bedroom log cabin for holidays. Her grandchildren recall Granna’s immaculate kitchen garden, the time she spent writing, Scrabble games, afternoon wine time, and countless hours in the kitchen peeling apples. Shirley co-authored a book entitled, Going Home Again, where she outlined years of genealogical research as well as precious stories recounted by her siblings and compiled in one collection. She also spent many years working as the editor of the Leftwich Genealogical Society’s annual publication. Shirley leaves behind her husband, Robert (Bob) D. Greer, Sr. Durham, NC; four children: Robert (Rob) D. Greer, Jr. and wife, Cindy, Leesburg, Va.; Philip T. Greer (Kip) and wife Lesa, Cherry Grove, S.C.; Annette (Annie) Baggett and husband Dale, Hurdle Mills, N.C.; and Sharon Addison and husband Jeff, Hurdle Mills, N.C. as well as daughter in law, Paula Greer, Durham, N.C. Seven grandchildren: Caity Bach, Leesburg, Va.; Robert D. Greer III, Raleigh, N.C.: Steven P. Greer, Charlotte, N.C.; Abigail Baggett, Hurdle Mills, N.C.; Caroline Greer, Charlottesville, Va.; Sylvie Baggett, NYC; and Johanna Hamby, Paradox, N.Y. Shirley also leaves behind two step grandchildren;, Adam Atkins, Raleigh, N.C. and Ian Atkins, Wilmington, N.C.; as well as four great-grandchildren. She is also survived by her sisters, Lois Harward, Parkton, Md.; Ann Heisey, Okemos, Mi.; Sally Sexton, La Plata, Md.; Phyllis Walker, Topeka, Ks; and brothers Jim Leftridge, Felton, Pa.; Dick Leftridge, Ca. Walker’s Funeral Home will assist the family. The service will be on Friday, October 28 at Walnut Grove United Methodist Church in Hurdle Mills, N.C. with a visitation at 10:00 a.m. and the funeral to follow at 11:00 a.m., with interment in the Hillsborough Town Cemetery immediately after the service. The Greer family extends their enormous grati tude to Transitions Hospice and the excellent care staff at The Pavilion in Croasdaile Village.

Share Your Memory of
Shirley
Upload Your Memory View All Memories
Be the first to upload a memory!
Share A Memory