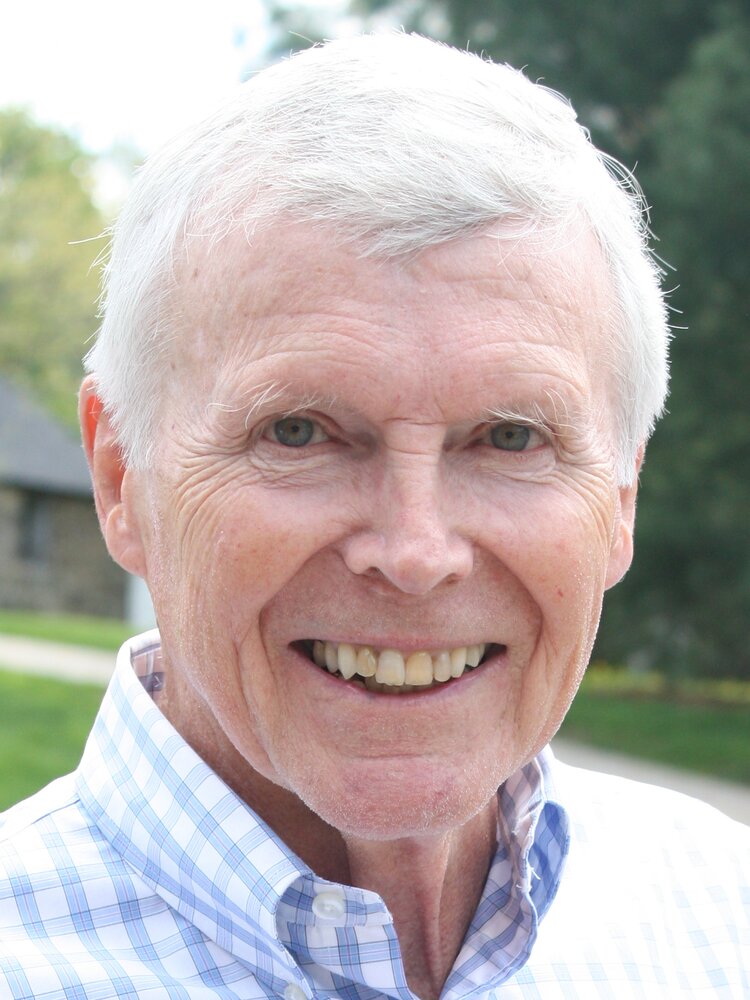 He was born on September 11, 1935, in Madison, WI, and spent his childhood in Oregon, WI. He was the son of the late Roy W. and Mary Mahoney Johnson.

Gordon graduated in the Class of 1953 from Oregon High School. He earned a B.S. in Mining Engineering from the University of Wisconsin-Platteville in 1957.

He began his career with U.S. Steel, Quebec Cartier Mining Company as an Industrial Engineer and then Director of Industrial Engineering in Port Cartier, Quebec, Canada for 10 years. Gordon and his family returned to the United States in 1968, living in North Olmsted, OH, and later Chagrin Falls, OH. He worked for SCM in its Durkee Foods division in Cleveland, OH, and then transferred to SCM Metal Products division where he would spend the rest of his career. In 1991, Gordon and Pat moved to Hillsborough, NC. In 1994, Gordon retired from SCM Metal Products as Vice President of Marketing.

Gordon loved the outdoors and avidly pursued boating, fishing, water skiing, downhill skiing, running, golfing, and even scuba diving. He also became an accomplished oil painter during retirement. He was a frequent volunteer with the Knights of Columbus and enjoyed singing with The Village Review, performing at many senior living communities in Durham and Orange counties. Gordon and Pat enjoyed a lifetime of worldwide travel with each other, their family, and friends. He loved spending time with his grandchildren and attended countless soccer games, golf tournaments, and swim meets. He shared his many skills with them, most especially spending hours fishing with his grandchildren every summer in Chetek, WI.

We’d like to thank A-Plus Quality Home Care for their care and thoughtfulness over the past 2 years. Especially Kenny, Warren, and Antonio, along with Betty, Mary, Bryant, Phyllis, Kay, Sonja, and Tiffany.

In lieu of flowers, donations can be made in Gordon’s name to the Chetek Lakes Protection Association https://cheteklakes.securepayments.cardpointe.com/pay