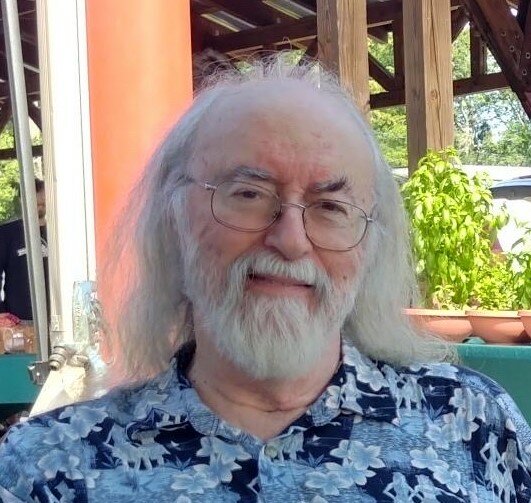 Please share a memory of Floyd to include in a keepsake book for family and friends.
View Tribute Book

Floyd Whitney (Whit) Price, Jr., 71, left us suddenly on October 4, 2022, at his home in Chapel Hill, N.C. Whit was born on May 28, 1951 in Oxford,NC, to Floyd Whitney Price Sr and Catherine Kerr Price, both deceased. He spent his formative years in Lawrenceville, Va. And in Jackson, NC. After graduating from Northampton County High School in 1969, he attended UNC in Chapel Hill, where he obtained a BS in Political Science, followed by a Masters in Library Sciences. He remained in Chapel Hill where he married, raised his daughter, and operated his successful information services company until the time of his death. Whit's passions were many, including travel, nature, food, and wine, but his defining passion was music. He enjoyed writing and singing songs, accompanying himself on guitar and mandolin. He was a familiar face and voice in and around the Chapel Hill music scene for decades and an avid Bob Dylan fan. Whit is survived by his beloved wife, Anna Peed Washington, of Chapel Hill, NC; his daughter, Gypsy (Chris) Brafford, of Cornelius, NC; a step daughter, Toby Singer, of Chicago, Ill.; Granddaughter Zoie Brafford of Cornelius; step granddaughters Emma and Anna Singer; and his sisters Margaret Price of Durham, NC, and Alice Tudor of Garysburg, NC. He is also survived by numerous nieces, nephews, and cousins. In lieu of flowers, donations may be made in Whit's name to the Hungry for Music (https://hungryformusic.org/), or you may plant a tree!

Share Your Memory of
Floyd
Upload Your Memory View All Memories
Be the first to upload a memory!
Share A Memory