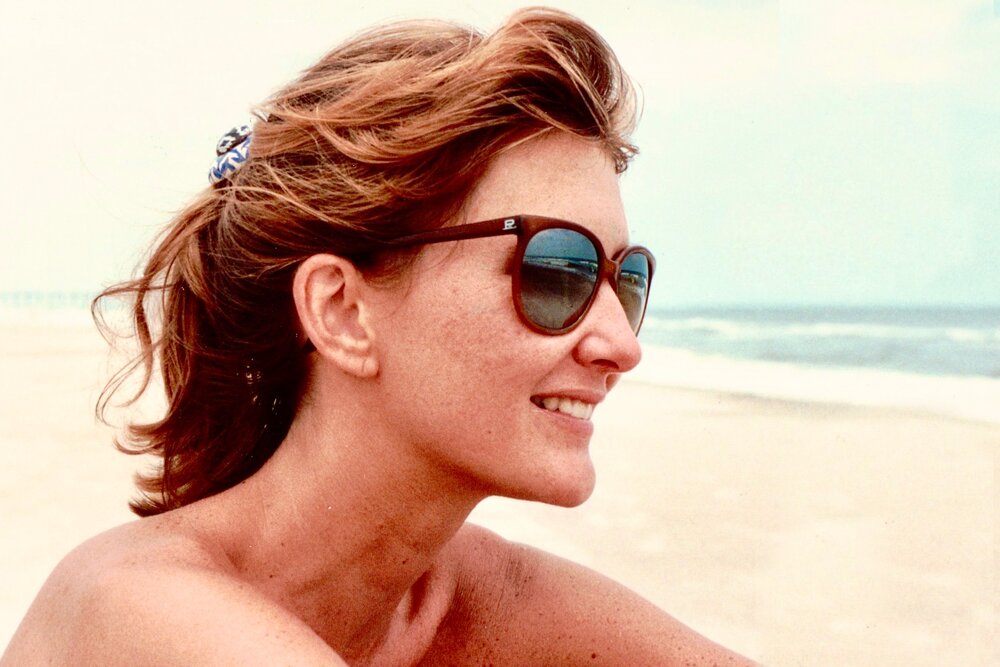 Please share a memory of Kathi to include in a keepsake book for family and friends.
View Tribute Book

Kathi Grady Daly, age 60, died peacefully at home surrounded by her loved ones on Friday, September 23, 2022 after a 10 year long, hard fought battle with ALS.  A native of Wilson, NC, Kathi graduated from Fike High School in Wilson in 1980. She was the head cheerleader there and always led with enthusiasm and by example. Kathi graduated from the University of North Carolina at Chapel Hill in 1984, where she was an active member of the Kappa Delta Sorority.

After college, Kathi traveled to Europe with friends – times she always looked back on so fondly as she had an adventurous soul and enjoyed seeing new places and meeting new people. Kathi never knew a stranger. Shortly after college, she began her job in corporate sales for Mann Travels in Charlotte and enjoyed taking advantage of the travel perks that came with the job. After tragically losing her brother Robert in an accident, Kathi moved to Raleigh to be closer to family. Later, after she married, Kathi moved to Charlotte and had two daughters, Taylor and Jillian, who were the light of her life. Her last move was to Chapel Hill, where she remained the rest of her life, raised her children, and became an important member of the community. She was an avid volunteer at the girl’s schools, including leading the charge to build a new playground for Estes Hills Elementary School.

Her church and faith played an integral role in Kathi’s life. She regularly attended and was a Sunday School teacher and youth choir parent volunteer. She organized silent auctions to raise funds for the choir trips to San Francisco and Hawaii. She was always present in her children’s lives. In 2005, she completed the rigorous training to become certified as a Stephen Minister. She was a dedicated member of the Legacy Bible Study for many years. Kathi remained close to her wonderful network of friends through church.

Above all, Kathi was a dedicated and devoted mother, daughter, and friend to so many.  Her genuine concern for all people and her ability to really listen made her the best friend you could ever have. She was well loved by many, and her passing will leave a void in many lives. Kathi’s favorite place was being at the beach, especially the South Topsail Beach sound. She grew up going there, and she lived and worked there for several summers in high school and college and later loved spending time there with family and friends. She was a true lover of animals, especially her beloved springer spaniels Lacey and Sadye, and most recently to her “grandkids” Archie and Bunny Clover.

The family is sincerely grateful for Kathi’s incredible caregivers especially Elizabeth, Kayy, Rodah, Martha, Kelly, and Liz as well as the care team at UNC ALS Clinic and Transitions Hospice.

She is preceded in death by her father, Roland Augustus Grady Jr. of Wilson, NC and her brother, Robert Stephen Grady.  She is survived by her two daughters Taylor Elizabeth Grady-Daly and Jillian Grady Daly, both of Chapel Hill, her mother, Betty Jo Mercer Grady of Wilson, and her sister Susan Grady Wyche of Raleigh.

The funeral service will be held on Thursday, September 29 at 2pm at University United Methodist Church in Chapel Hill with the Rev. Justin Coleman officiating. The family will greet friends to celebrate Kathi’s life after the service. In lieu of flowers, memorials may be made in Kathi’s name to Team Gleason ALS Organization, the ALS Association of North Carolina chapter, or Lillian’s List, which supports women in politics.

Share Your Memory of
Kathi
Upload Your Memory View All Memories
Be the first to upload a memory!
Share A Memory