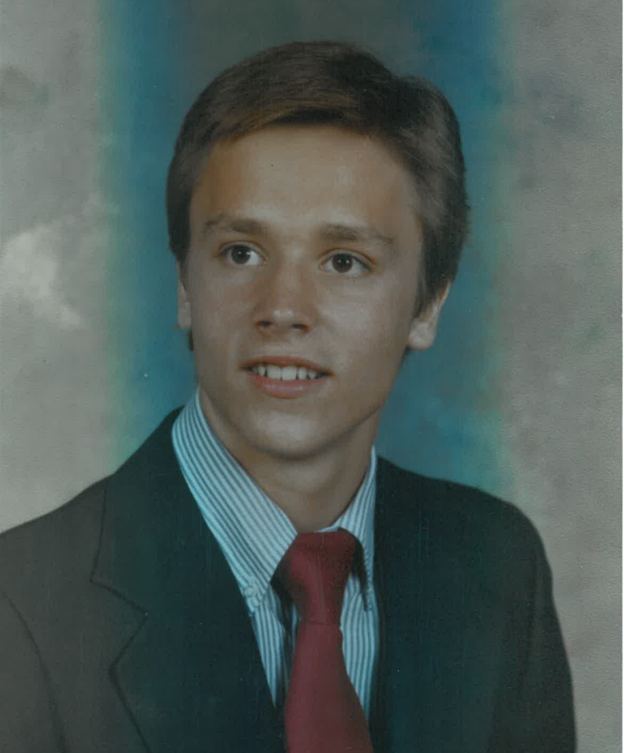 He graduated from Ayden-Grifton High School in 1985. He was a straight A student, participated in football and weightlifting. He was a member of FBLA, Art Club and Key Club. He excelled in art. He was a Who’s Who Among American High School Students two years. He was a Governors Page in 9th and 10th grades. He was a NC Scholar in his senior year. He attended East Carolina University. He loved outdoor sports especially flat track motorcycle racing. He would sing “Take it to the Limit” when racing.

He raced all along the eastern seaboard. At age 13, he raced against adults riding a 250. He won the Amateur Road Race in Talladega, Florida. He was a member of the American Motorcycle Association.

He lived with no fear. He had charisma and more talent than many could dream of. He was funny, sweet and smart. He could make you laugh in the worst of times. His smile and laugh were contagious. He always loved his dog! He went out of his way with his style of clothes. He got his name from a character “Clayton” from the TV Program Oregon Trail.

The family will receive friends at Walker’s Funeral Home of Mebane on Saturday, October 1, 2022 from 2:30 – 3:30pm prior to the service at 4:00pm inside the Chapel of Walker’s Funeral Home. Burial will follow at Lebanon United Methodist Church in Mebane, North Carolina.