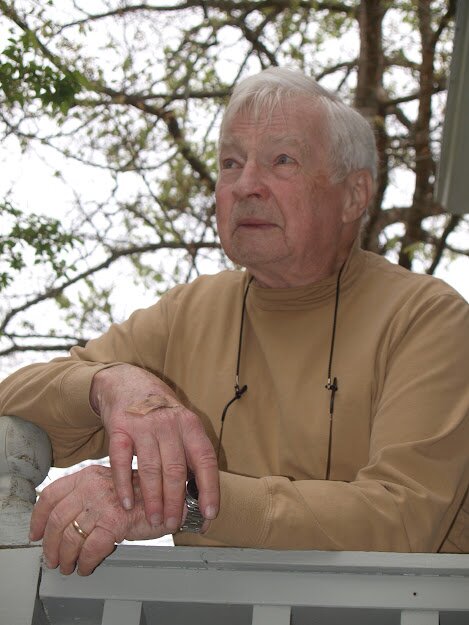 Please share a memory of William to include in a keepsake book for family and friends.
View Tribute Book

William Joseph Brown, 87, passed away on Sunday, September 18 in Chapel Hill, NC. Originally from Ardmore, Pennsylvania, Bill graduated from West Catholic High School and Villanova University. After a two year service in the US army, he worked as a copywriter for advertising firms in New York City and New Haven, Connecticut. After retirement, he moved to Florida and then to North Carolina.

Bill was creative, intelligent, well-read,  and funny. He had a love of art, theater, photography, painting, reading, sports, bow ties, liberal politics, wine and cheese, ice cream and his family.

He is survived by his cherished wife Lee Butler, his son Sean Brown and daughter-in-law Kathleen, and his three grandchildren Seamus, Deirdre, and Liam, his sister Peggy Bule, his brother Francis X. Brown and his sister-in-law Bettina, step children Ric Schank and his wife Dana and Heather Laughter and her husband Chris and a large extended family.

There will be a memorial service to celebrate his life at 10: 00 am on October 22 at the Newman Center in Chapel Hill. In lieu of flowers, Bill would appreciate contributions to the American Diabetes Association, or the Democratic National Committee.