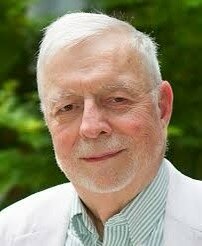 Please share a memory of Maurice to include in a keepsake book for family and friends.
View Tribute Book

Maurice Moyer Bursey, age 83, died on August 7, 2022, at UNC Memorial Hospital (Chapel Hill). Maurice was born on July 27, 1939, in Baltimore, MD, to the late Reginald and Edna Bursey and was married to Joan Tesarek Bursey. Maurice went to Mount St. Joseph High School in Baltimore. Upon graduation from high school, Maurice attended Johns Hopkins University on a National Merit scholarship, taking a B.A. in 1959, M.A. in 1960 and Ph.D. in Chemistry in 1963. Maurice was a visiting assistant professor of chemistry at Purdue University from 1964-1966. In 1967 he was hired as an Assistant Professor of Analytical Chemistry at the University of North Carolina (Chapel Hill, North Carolina) where he taught chemistry until 1996. He was Professor Emeritus at the UNC Chemistry Department from 1996-1998.

Among the honors he received were the Marcus Hobbs Service Award from the North Carolina Section of the American Chemical Society in 1988; Phi Beta Kappa, Sigma XI, Pi Lambda Upsilon, Johns Hopkins Society of Scholars in 1982; the Tanner Award from the University of North Carolina in 1974; the Sloan Fellowship, 1969-1975, and the Order of Altotus (national president) of Alpha Chi Sigma from 1986-1988 and a director representing the southeastern United States 1992 until 2001. Maurice was the author of several textbooks and monographs and was the editor of the journal Mass Spectrometry reviews from 1990-1993. A fellow of the American Institute of Chemists and the Royal Society of Chemistry, he was inducted into the Society of Fellows at The Johns Hopkins University in 1982. In addition to these accomplishments, Dr. Bursey has been the recipient of numerous research grants.

As a dedicated stamp collector since the age of 13, in 2010 he received the fourth annual United States Stamp Society – Barbara R. Mueller Award for the best article published in a single year of The American Philatelist for his article “Confederate Wallpaper Covers from Fayetteville, NC”. With a strong interest in music, Maurice served as president of the Piedmont Youth Orchestra in the Research Triangle. In his retirement he became interested in the genealogy of his family because he was an only child, an only grandchild and an only great-grandchild. In pursuit of this interest he contacted genealogy research services in several countries and travelled extensively in the United States, especially the eastern United States.

On December 28, 1970, he married Joan Tesarek who, at that time, was a postdoctoral fellow for him at UNC-CH. Maurice always maintained that the postdoctoral research advisor was obliged to aid his postdoctoral fellows in finding permanent jobs; he found a 52-year permanent job for Joan! To those who knew him Maurice will always be remembered for a lifetime spent continually learning, an avid interest in history and an irrepressible sense of humor. A situation where Maurice couldn’t find an apt humorous historical anecdote was rare and he loved to share his wealth of amusing stories. Maurice was an active member of St. Thomas More Church with a strong interest in the lector ministry.

Survivors include Maurice’s wife of nearly 52 years, Joan, his son John T.K. Bursey, and his daughter Sara Bursey DeGraide and her husband Karl DeGraide.  A Memorial Service will be held at St. Thomas More Church at 10:00 on October 4. Flowers are welcomed and appreciated or donations can be made to the charity of your choice or to St. Thomas More.