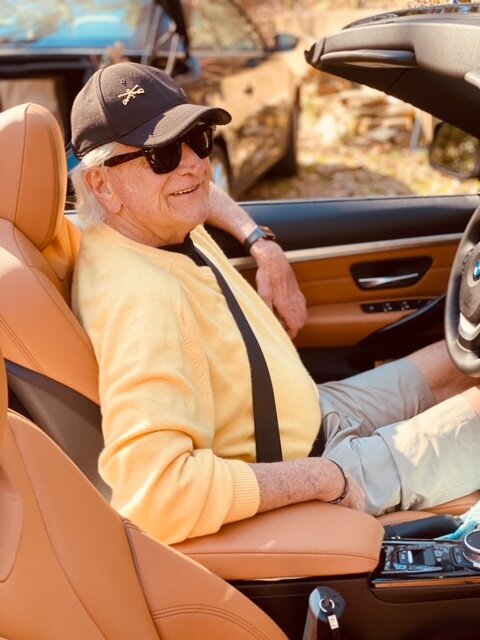 John “Rusty” Davis Reynolds, 74, of Chapel Hill, passed away on Monday, September 5, 2022. He was born in Buncombe County, NC, the son of the late John Mackey Reynolds and Nancy Davis Reynolds. He was a loving husband to Sandra Fromm Reynolds, a dedicated step-father to Derek Jarr, and devoted “Papa John” to grandsons Jack and Kashton.

Following graduation from High School in Asheville, NC, John attended UNC-Chapel Hill to major in English. His education was cut short with the draft into the United States Army where he served one tour of duty in the Vietnam War. During John’s service to the country, he received the Bronze Star Medal. He was honorably discharged from in 1971. Upon his return to Chapel Hill, John owned and operated a successful construction company. In addition, John and his business partner, Richard Remaklus, started a stucco company in 1994. He ran both companies until he retired in 2011.

John had many passions and interests. He loved to golf, fish, and cook. He was a voracious reader with his favorite authors, but this did not limit him from trying new authors. He enjoyed the game of chess. He loved traveling and spending time with his family. His most heart-felt joy was deep sea fishing with his grandsons.

John would always be remembered for his outgoing personality and wonderful sense of humor.

The family is grateful to Dr. Pete Voorhees, John Strader, Dr. Sasha Tuchman, M. Dell Strayhorn, Ashley Brady and the many healthcare providers who helped him to navigate his journey with multiple myeloma which began in 2011.

A memorial service is scheduled to be held on Saturday, October 8, 2022 at 2:00 PM located at Holy Trinity Lutheran Church in Chapel Hill, with a celebration of his life to follow the service.

In lieu of flowers, memorial donations can be made to UNC Lineberger Comprehensive Cancer Center in support of the Multiple Myeloma Research Fund (376775). Checks may be made payable to UNC Health Foundation with “IMO John Reynolds” in the memo line. Checks may be mailed to the address below.