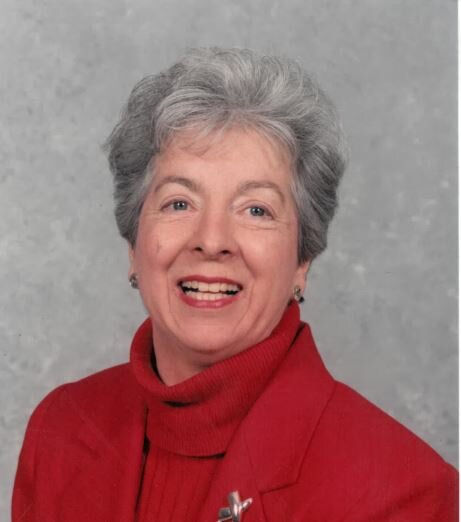 Please share a memory of Ellen to include in a keepsake book for family and friends.
View Tribute Book

Ellen Lightsey died on August 9, 2022, from Alzheimer’s Disease, Heart Failure, and Bladder Cancer in Chapel Hill, NC. She was 86.

She graduated from Sandersville High School as Valedictorian. She worked at Masonite in the front office. Later, she became a mother of 2 to Thomas Vance Knight and Kelley Lynn Knight. In Greensboro and in Raleigh, North Carolina, she volunteered at their school’s offices in her spare time. Ellen was a talented seamstress, making most of Kelley’s childhood school dresses. She painted with acrylics, and enjoyed collecting pottery, and had pieces from the famous NC potter Ben Owen. Ellen loved animals, and lost animals were attracted to her. She hand raised a baby Robin teaching it to scratch for worms. The bird would land on her head, and returned to our yard for years. After her son Vance graduated Dental School, she began working in his office as a receptionist, and worked there for 15 years. After retirement, she enjoyed meeting with her church group at Hudson Memorial Presbyterian Church. She then moved to Chapel Hill to be closer to her daughter, and lived at Chatham Ridge Assited Living until her death. Instead of flowers, donations can be sent to CLAWS, Inc. wild animal rescue and rehabilitation: NC-CLAWS.ORG