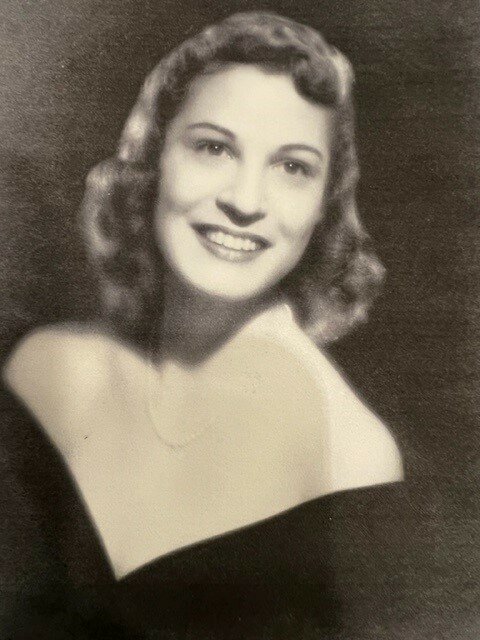 Marjorie (Ann) Efland Gandy, 90, passed away on July 17, 2022, in Ventura, California. Ann was born in Efland, North Carolina on November 24, 1931, to Madison (Mack) Paul Efland and Mary Estelle Forrest, and was the youngest of 10 children. She graduated from Hillsborough High School in 1949 and Duke University in 1953. After graduation, Ann took a job in Apopka, Florida as an English teacher at a local intermediate school. A volunteer at the school introduced her to her son and Ann began dating her future husband, John, an officer in the U.S. Navy. Ann and John wed in Efland on September 29, 1956 and remained married 54 years, until John’s passing in 2011.

They raised three children while John’s career took them to various locations including Norfolk VA, Japan, Hawaii, and the Washington D.C. area. Eventually, Ann restarted her teaching career with Fairfax County Public Schools where she worked as an eighth grade English Teacher at Poe Intermediate School for 20 years, retiring in 1992. They resided in the Canterbury Woods subdivision in Annandale, VA (Fairfax County) for over 45 years. Some of Ann’s favorite activities included playing bridge, sewing, spending time with her family, and volunteering as a docent at the Daughters of the American Revolution (DAR) museum. Ann was the President of the Falls Church Chapter of DAR for many years. Ann also spent much time in retirement at their second home in Bartow, Florida, where many of John’s relatives lived. She spent her final years near family in Ventura, CA.

Share Your Memory of
Marjorie (Ann)
Upload Your Memory View All Memories
Be the first to upload a memory!
Share A Memory