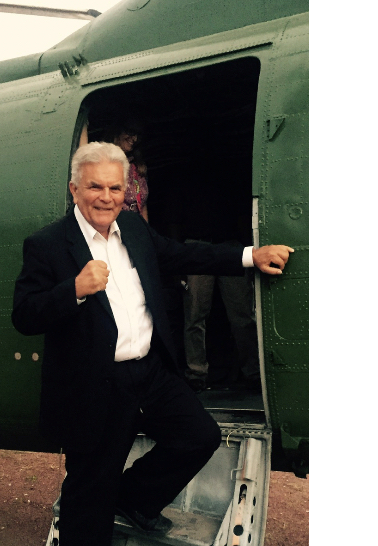 Please share a memory of Anker to include in a keepsake book for family and friends.
View Tribute Book

Anker Ole Bell, Sr. passed away peacefully on his birthday, Friday, July 1, 2022. He was born to Norwegian immigrants Astrid Vindheim and Ole Johannes Bell in Manhattan, New York and was their only child. He had three half siblings - Ruth, Gaerd, and Arthur. He spent time in Norway as well as in New York during his formative years. He graduated from Roslyn High School which is on the North Shore of Long Island in New York. Upon receiving his Bachelor’s Degree from UNC Pembroke and marrying his college sweetheart, he was drafted into the Marine Corps and served in the Vietnam War. He graduated from Officer Candidate School becoming Captain Bell based in Orange County, CA. This was his base when he was deployed as a helicopter search and rescue pilot during the Vietnam War. He proudly served his country for ten years and earned a National Defense Service Medal. He spoke several languages and had the honor of translating for the King of Norway during  NATO exercises for the world. He also met and spoke with General William Westmoreland who served as the commander of United States forces during the Vietnam War. After receiving an honorable discharge from the United States Marine Corps in 1980, and moving to North Carolina, he became a successful real estate developer in Chapel Hill.

Anker was an adventurous, smart, funny, caring, and dedicated husband, father, grandfather, brother, and friend. He never knew a stranger and put everyone at ease with his charismatic personality and genuine interest in those around him. He had the gift of being able to talk with anyone he met as if they were long-time friends. Above all, he was an example of humility to all who knew him.

Anker lived a full life of adventure and travel around the world embracing everyone who crossed his path. He will be forever remembered for his zest for life and the time he took to make meaningful connections. He will be greatly missed.