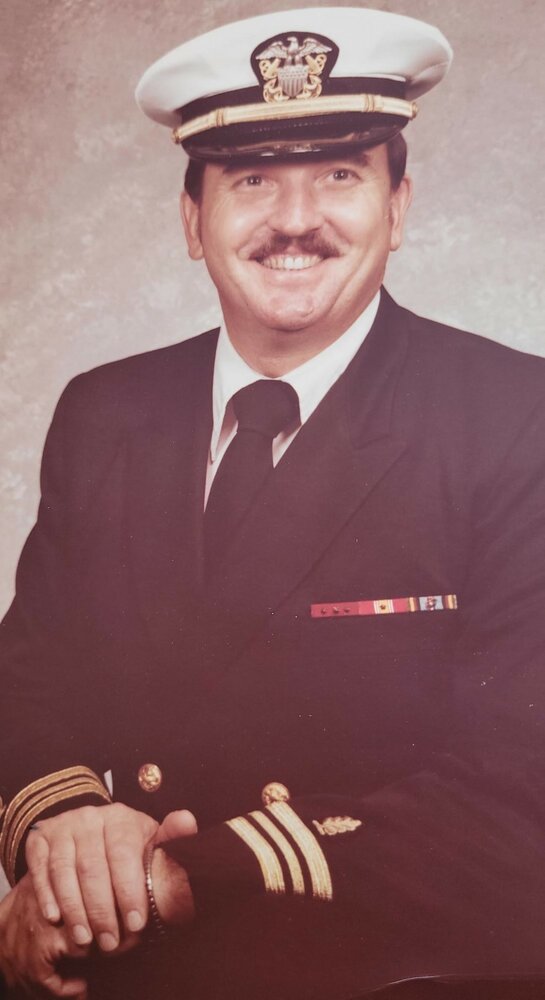 Mass of the Resurrection

Please share a memory of Thomas to include in a keepsake book for family and friends.
View Tribute Book

Born to a coal mining family in the rural community of Yatesboro, PA on October 24th, 1934, Tom was one of eight children. During his early school days, his family moved to New Kensington PA where in high school he met his beloved wife, Loretta Sexceinski, and they were married in 1956. Tom joined the United States Navy in 1953 and began a 24-year career. His Navy career was highlighted with an assignment on the USS Essex aircraft carrier where he saw duty in foreign ports of Spain, France, Greece, England, and Turkey. Stateside Tom moved his wife and family along the eastern seaboard and added children to his family in almost each duty station, Quonset Point NY, Annapolis MD, Jacksonville NC, Portsmouth VA, Newport RI, and Orlando FLA. He graduated from Cornell University with a BS in Hotel and Restaurant Management in 1972 and later earned a master’s degree from William and Mary University. Tom retired as a Lieutenant Commander (LCDR) from the Navy in 1977 and moved his family to Chapel Hill, NC where he began his civilian career at NC Memorial Hospital (later UNC Hospitals). He served as the Director of Nutrition and Food Services until his retirement from the State of North Carolina in 1997. During his work at the University of North Carolina Tom was appointed to the position of adjunct professor with the School of Public Health where he taught classes in quantitative food production and provided teaching labs at UNC Hospitals. While employed with the State of NC he earned the prestigious Long Leaf Pine award for his work with the ARC of Orange County.

Throughout his life, the Roman Catholic Church was the foundation of his faith. His devotion to the love of God, the Holy Trinity, daily mass, and the rosary provided him with confidence, fortitude, and the belief that death is not the end. He said in his last weeks of life that he always trusted in God for everything. Tom’s dedication to the church led to him volunteering as a Eucharistic Minister and Usher for many years at St. Thomas More Catholic Church, Chapel Hill NC. Tom served as Grand Knight of the Knights of Columbus council 10910, President of the STM men’s club, an adult leader in the STM Catholic Youth Ministry, served on the church leadership council, and participated in many committees and church groups.

Tom served in key leadership roles on the boards of both the American Legion Post No. 6 in Chapel Hill and the Veterans of Foreign Wars (VFW) post 9100. His service to the community has spanned decades. His public service led him to the position of Scout Master for Troop 72 in Portsmouth VA and supported his wife Loretta as a Girl Scout and Cub Scout leader.

Somewhere between career and service, Tom found countless hours to enjoy, cooking, fishing, hunting, racquetball, handball, and working out in the gym. He loved to spend time with his wife and family camping, traveling, and exploring the world around him. He enjoyed feeding his backyard

Tom will be missed for his smile, sense of humor, and ability to bring people together in love and service. He was an inspiration for many and will forever be loved by his family and friends.

Donations can be made in honor of Thomas J. Chegash Sr.

Share Your Memory of
Thomas
Upload Your Memory View All Memories
Be the first to upload a memory!
Share A Memory