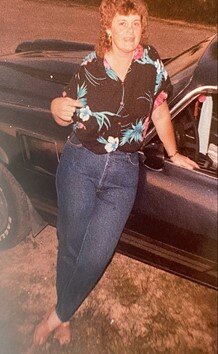 In the early morning of April 25th, 2022, Susan Marie Wortinger, 70, passed away peacefully. After several long months of fighting, even though her heart was strong her body could not fight anymore. Susan was born to the late Richard and Rosemary Wortinger, born in Mt. Clemens, Michigan but spent most of her life in Alamance County. Susan started out working in the fields and then mills but decided she wanted to work with law enforcement. In the year 1993, she made this her reality and received her associates degree in Criminal Justice. Starting out in dispatch and working at the Alamance County sheriff’s office she was later appointed as a North Carolina magistrate. Susan volunteered at the women’s shelter and worked as a Guardian Ad Litem for children. She assisted numerous people in receiving their visas and citizenships. In 2021, she retired after being a magistrate for over twenty years.

Susan enjoyed spending her time surrounded by her family and pets, she was an avid reader, she enjoyed cross stitching, watching game shows and old movies and reruns but she enjoyed nothing more than watching those “Pike men” work.

Susan never met a stranger and was always willing to help others. She was a strong woman who stood up for what she believed and advocated for those who could not advocate for themselves.

Susan is survived and will be missed by her three daughters and daughter-in-law, Dawn and Alicia Phillips, Virginia Kosmos and Elena Garcia, her four grandchildren, Taylor Hightower, Adrian Garcia, Breanna Kosmos, and Benjamin Webb, and one great-grandchild, Addilyn Hightower.

For additional information or for service details, please reach out to the family directly.

Share Your Memory of
Susan
Upload Your Memory View All Memories
Be the first to upload a memory!
Share A Memory