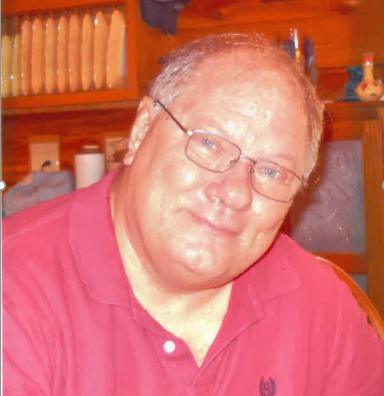 William Herbert Bland, Jr., 71, of Mebane, passed away suddenly at his home on Saturday afternoon, April 23, 2022.  Bill survived a difficult hospitalization with COVID-19 in December 2020, only to be taken while mowing the front yard.  He was preceded in death by his father and mother, Dr. William H. Bland, Sr. and Jane Hobgood Bland of Cary.

Bill is survived by his wife of nine years, Sally Allison-Bland, brothers Frank Bland (Joyce) of Fleetwood, NC, and Bob Bland of Cary.  He was very close to several special friends and co-workers.

One of Bill’s passions was his vast library collection of biblical and theological books. Classical music, as well as a variety of both new and old music, could be heard from his “old” speakers.  “Date nights” in Raleigh included season tickets to the symphony.  He advocated for the environment and supported local food charities.

Kind, generous, dry humor, perceptive, a special uplifting spirit, and intelligent were words used to describe Bill.  He touched more people than he realized.  Bill was excited with plans for expanding the landscaping in the yard.  Bill and Sally had begun to travel far and wide with his first European trip scheduled for Fall.  He was excited to enjoy the world.

Bill was born in Raleigh, graduating from Cary High School in 1968, where he played football and wrestled.   He went on to receive both Bachelors and Masters in Civil Engineering from NC State in 1975.  He worked as an engineer with a consulting firm until joining the State of North Carolina’s Department of Natural Resources from 1977 until 1984, and again from 2007 until retiring in July 2019.

Bill was called to the ministry later in life.  He completed both Master (MDIV) and Doctorate (DMin) degrees in Divinity and Ministry from the Columbia Theological Seminary in Decatur, Georgia, between 1984 and 1996.  While serving in the Presbyterian  Church (USA),  Coastal Carolina Presbytery, he pastored three churches in Sanford and Kenansville, beginning in 1987 and retiring in 2006.

Bill and Sally were active in choir, bible studies, and worship at Hillsborough United Methodist Church.  Together they were involved in the Hillsborough Exchange Club supporting initiatives for the prevention of child abuse.

Bill will be missed everyday by those who loved and cared for him.

The service to honor Bill’s memory will be Sunday, May 22, 3 pm, at the Hillsborough United Methodist Church, 130 W. Tryon St.  in Hillsborough.

In lieu of flowers, please consider a donation to the Exchange Club’s Family Center, 200 N. Main St., Graham, NC 27253 in his memory.

Walker's Funeral Home of Mebane is assisting the Bland family.