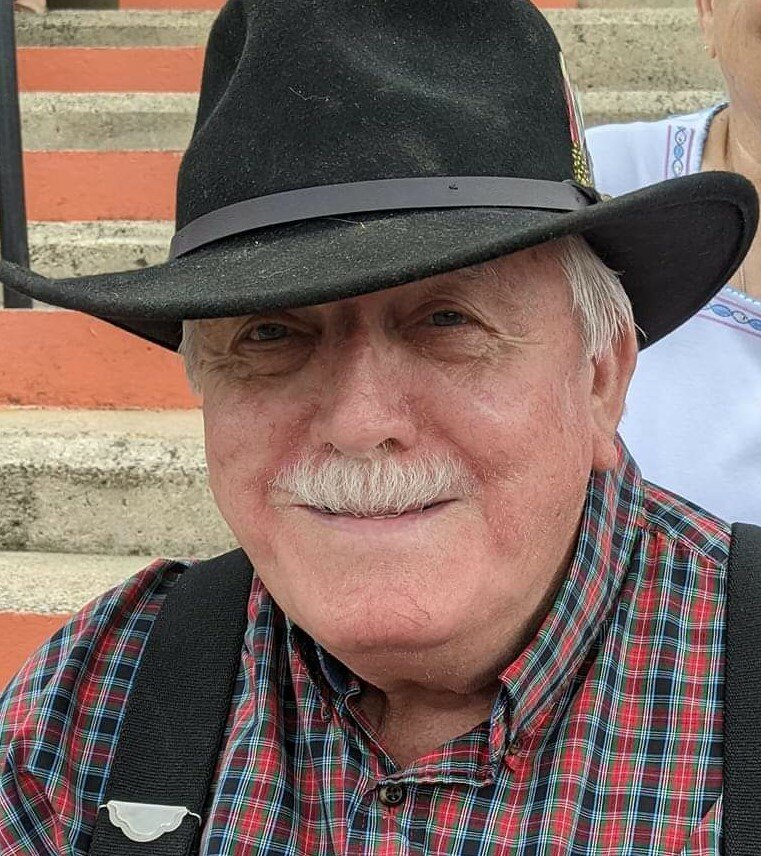 Please share a memory of Julius to include in a keepsake book for family and friends.
View Tribute Book

Julius Calvin Johnson, Sr. passed away on April 16, 2022 surrounded by his family following a brief illness.  He was the oldest child of J. C. and Nancy Reid Johnson, both deceased from Efland, NC.  He was married to his high school sweetheart, Elaine Miller Johnson, for 59 years.  Calvin retired from the N.C. Department of Transportation.  He and Elaine built a successful septic tank pumping business of which he was very proud.  Health reasons led to the sale of his business in 2006. After retirement he spent many years hanging out at Finley Farm and was lovingly referred to as shop/farm supervisor.

He was a Ruling Elder and member of Eno Presbyterian Church.  He was also a member of the Cedar Grove Men's Fellowship Breakfast Group in Cedar Grove, N.C.  He was a lifelong lover of FORD trucks, International Tractors, Bluegrass Music and homemade ice cream.  He was devoted to his wife and family as well as a true friend and role model for those he met.

In lieu of flowers memorial contributions to Eno Presbyterian Church are welcomed and can be mail to Dana Liner, 7501 Efland Cedar Grove Road, Cedar Grove NC 27231.

Share Your Memory of
Julius
Upload Your Memory View All Memories
Be the first to upload a memory!
Share A Memory