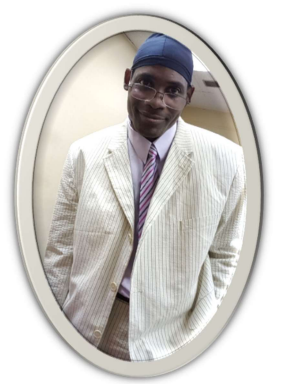 Dennis Brian Haynes son of Barbara Haynes Johnson and Pierre Larkin was born on June 11, 1965 in Newark, New Jersey. He departed this life after a lengthy illness on April 5, 2022. Dennis was educated in the Newark Public School System and attended Montgomery High School. After High School he was an apprentice under the leadership of the late Leo Bunion and continued in the trade for over thirty years. Dennis was a Jack of All Trades and could build or fix any and everything; it didn’t matter if it was plumbing, electrical, or carpentry. If you were ever in need of a repair, you could count on him to get the job done. He was truly a dedicated “Handy Man” and most of all he enjoyed and loved doing the work, and helping others whenever he could. Growing up Dennis attended the Sherman Universal Prayer Band Church under the leadership of the late Mother Alice T. Lyons, Overseer in Newark, NJ. In 2015 Dennis relocated to North Carolina and resided in the city of Mebane. He became a member of the Greater Sherman Deliverance & Empowerment Ministries under the leadership of the late Bishop Ellis E. Moore. At the time of his death he was still an active member of G.S.D.E.M. under the leadership of Overseer Roxie F. Moore and his sister Pastor Marsha Haynes. Dennis proclaimed his love to his betrothed Violet Copney, the two were inseparable until the end. He will always be remembered for his kindness, loyalty, and the love he had for others. He was always willing to go above and beyond for any and everyone. He will be tremendously missed by all. He is survived by his mother, Barbara Haynes, Rahway, NJ; Fiancée, Violet Copney, Newark, NJ; seven sisters, Marsha Haynes, Mebane, NC; Marie Haynes, Rahway, NJ; Janet Haynes, Burlington, NC; Jessica Haynes, New York; Ciara Simmons, Newark, NJ; Yaneik Haynes, Newark, NJ; Tiara Simmons, Newark, NJ; two aunts, Geneva Thomas, Newark, NJ; Louise Ballad, Hillside, NJ; two uncles, Gary Williams, Highpoint, NC; Bobby Williams, Myrtle Beach, SC; 13 nieces and nephews, and 14 Great nieces and nephews. He is also survived by many cousins, relatives and friends. He was preceded in death by his stepfather Joseph Johnson

Walker's Funeral Home in mebane is serving the Haynes Family.

Share Your Memory of
Dennis
Upload Your Memory View All Memories
Be the first to upload a memory!
Share A Memory