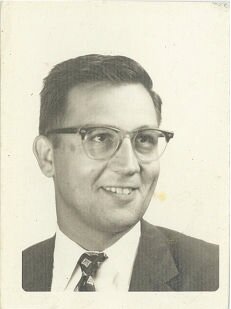 Bob was born in Mount Vernon, New York.  He was proud of his Italian heritage as his father had immigrated to the U.S. from Sovere, Bergamo in Italy.  He had two beloved sisters, Marie and Kay.  He graduated from AB Davis High School in Mount Vernon and was drafted into the U.S. Navy in 1944.  After the war he obtained a B.S. and a Masters in Biology from New York University.

Bob married Joan Beacom in 1950.  He began his career teaching biology at Maybrook High School in New York.  After moving with his young family to Long Island, he went on to become the principal of Memorial Junior High School in South Huntington and retired from there in 1981.  After many years living in Melville and Dix Hills, he and Joan moved to Chapel Hill, NC. They enjoyed their Falconbridge community and being members of Saint Thomas More Church.  Here is where he met Bobby Callahan.  He and Bobby were married in 2005 and have lived in Carrboro, NC since then.

Bob was naturally very handy around the house and built lots of furniture for his home.  He dabbled in wood carving, painting, and piano playing and he loved bird watching.  He will be most remembered for his gregarious, friendly and affectionate personality, his sarcastic humor, his love of singing, dancing and playing the ukulele.

A funeral mass will be held at St. Thomas More Catholic Church in Chapel Hill, NC on Friday, April 8 at 10:30am.  Interment will be at Holy Sepulchre Cemetery in New Rochelle, New York on Saturday, July 9.  In lieu of flowers please donate to the Alzheimer's Foundation of America (www.alzfdn.org).